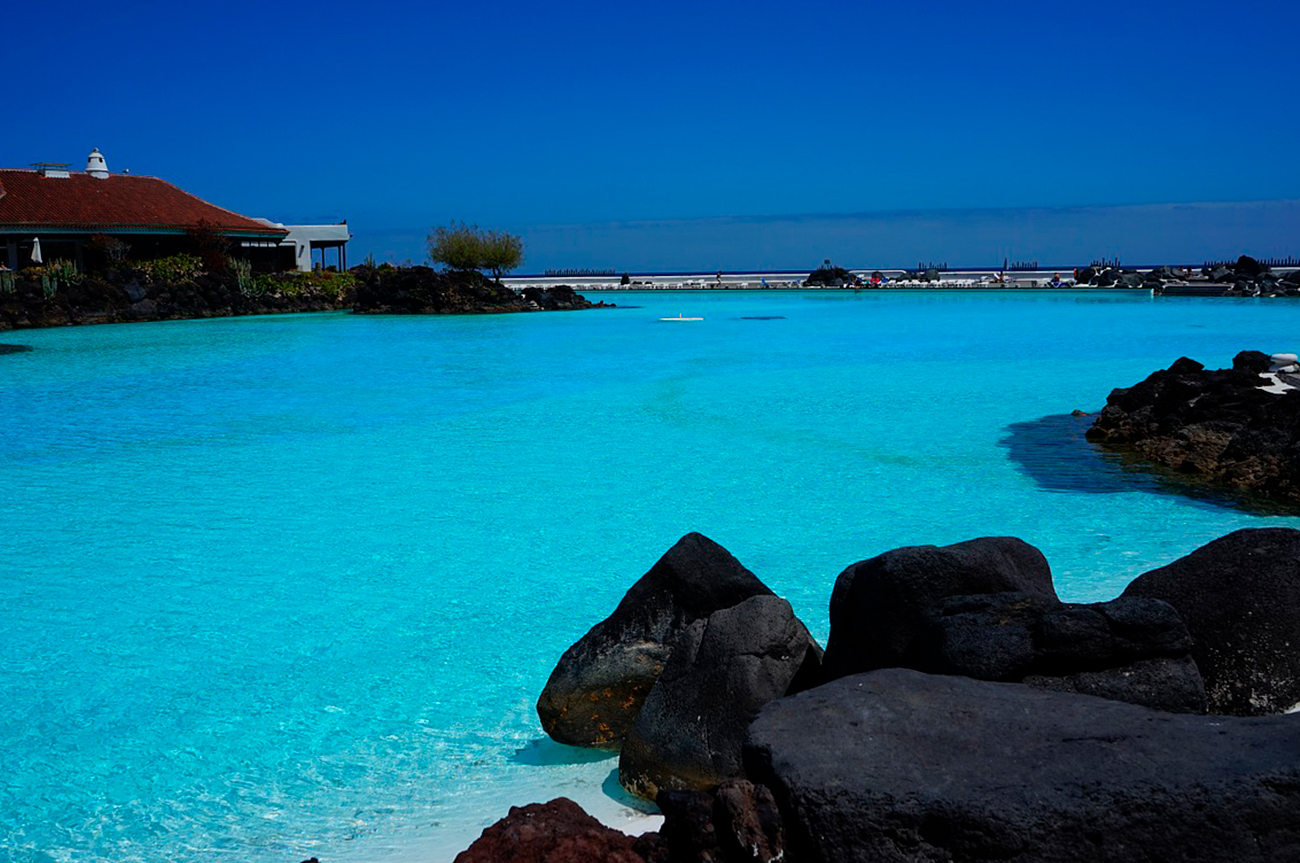 Sure, there are swimming pools and indeed water parks you can visit on Gran Canaria which are filled with water from the Atlantic Ocean. But how about getting even closer to the original source? With a trip to a saltwater pool which forms part of the ocean itself.

The majority of the saltwater pools on Gran Canaria can be found on the island's rough-and-ready north coast. With the Atlantic more capricious than the Mediterranean, locals have found ways to tame it. By constructing natural pools using artificial means. Here, in no particular order, are our magnificent seven.

Officially, there are 82 beaches on Gran Canaria and Roque Prieto is classified as one of them. Head to Santa María de Guía's, rather than Santa Brígida's, La Atalaya if you want to check out this "beach". Just don't be expecting deckchairs, hammocks, or indeed sand.

For Roque Prieto is actually one of the island's piscinas naturales. This natural swimming pool extends from a depth of 40cm to 3 metres.  To reach it, turn off the GC-2 at La Atalaya, head towards the church, square, and football pitch before the GC-294 takes you to the car park next to the pool.

Another faux beach is our next recommendation. It's our only southern entry too, located, as it is, in the south-west's Arguineguín. The birthplace of Spain midfielder David Silva's also home to the more conventional Playa de las Marañuelas.

Historically a fishing village, Arguineguín has developed into a laidback resort. Still though you'll see local boys using this pool to learn their trade as future fishermen. Prepare to catch plenty of sun yourself at a spot on the island which enjoys the best microclimate.

This Moya saltwater pool is also known as the Charco de San Felipe as it's closer to this village than Las Palmas de Gran Canaria's San Lorenzo. You'll easily spot this pool as you make your way along the GC-2 between the capital and Agaete. Just remember to take the San Felipe turn-off.

The Charco de San Lorenzo is one of the livelier saltwater pools on the island. So, if you're unlucky as it's too choppy to swim, hit one of the nearby chiringuitos (beach bars) instead. There's also an excellent Italian restaurant you can see from the charco, jutting out at the end of the El Roque hamlet.

We lied. There are more than seven sensational saltwater pools on Gran Canaria. But that's only because some are clustered together, like they are at Agaete's Puerto de las Nieves.

Las Salinas are a popular alternative to the stony beaches of the Port of Snow. They're certainly easier to get in and out of the water at. You can reach these saltwater pools by walking east along the promenade, in the direction of the Roca Negra hotel.

Take your pick of charcos at Arucas' El Puertillo. The small beach can get packed here, especially at weekends. But a paseo marítimoleads to a newly-constructed saltwater pool.

Behind the beach you'll find some more natural pools, unshaped by man. Get a free jacuzzi as the Atlantic transforms them into a giant whirlpool when a particularly big wave hits. But do take your flip-flops as it's too hot a walk for bare feet.

Travelling from the airport to Las Palmas de Gran Canaria, the three saltwater pools at the capital's Playa de La Laja will be the first you see on the island. There can be a strong undercurrent at this beach which makes these pools attractive. Especially for familes with young children.

The car park next to the striking nude statue of Triton leads down to the wrong end of the beach. Follow the locals by parking on the opposite side of the GC-1 instead. You can then more easily get to the pools through an underground tunnel.

There's a beach at Gáldar's Two Rocks. Most visitors use it to sunbathe at rather than swim. Preferring to paddle in the adjoining saltwater pool which is low on facilities but high in character.

To reach this destination, take the Sardina del Norte exit on the GC-2. You'll know you're near when you smell cows. This is agricultural Gran Canaria, after all.

These are our favourite saltwater pools on Gran Canaria. It's easy enough to linger by your apartment pool. But, as we show, there are many other places on the island you can make a splash at.