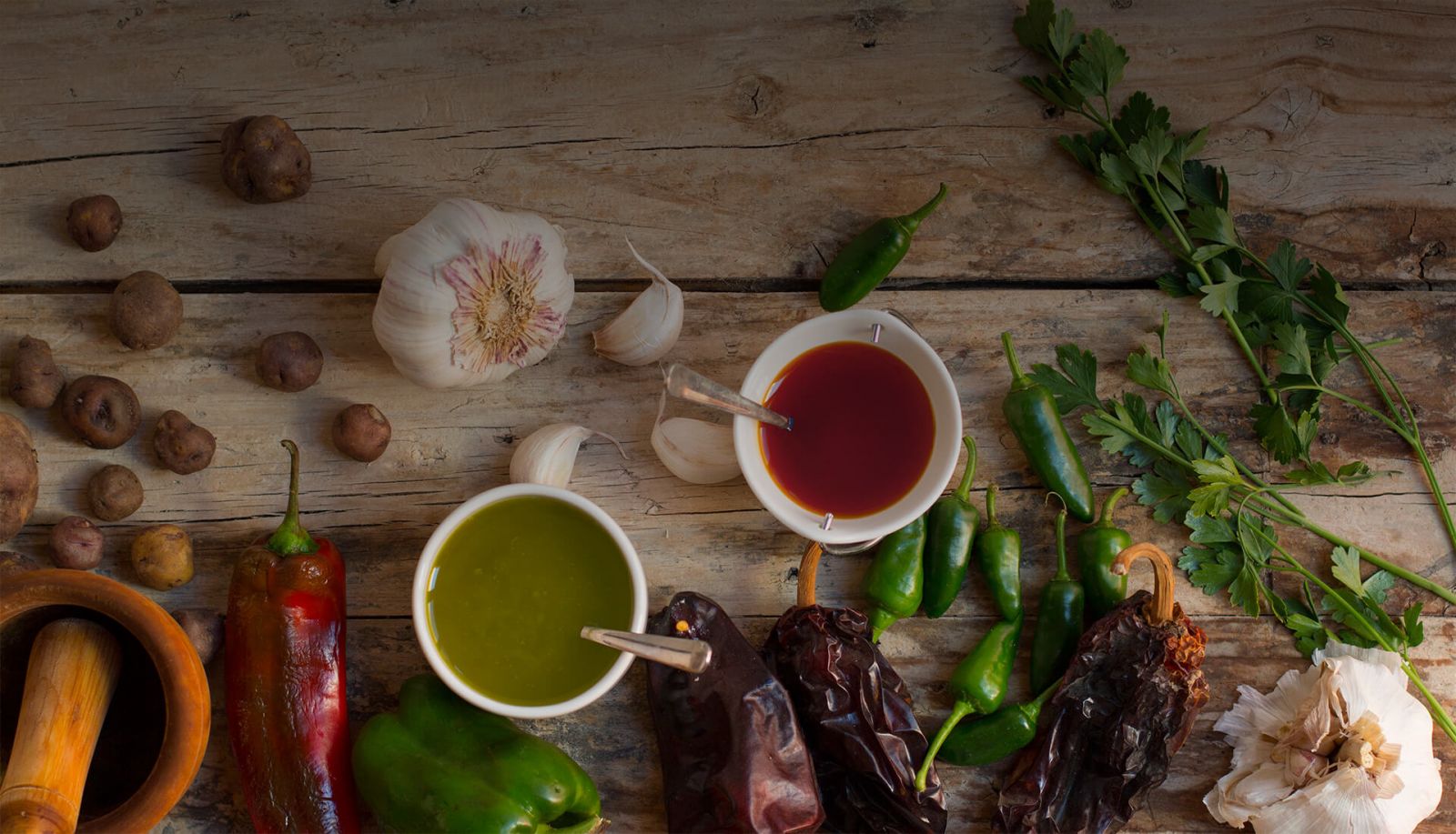 If there is one thing that characterises Canary Islands food, it is its mixture, the fusion of elements and a clear contrast of flavours, the result of high quality products and ingredients.

After spending a day at the beach, exploring unique natural areas or simply strolling through its pretty villages, there is perhaps no better plan than to enjoy the delights of Canarian cuisine.

Without a doubt, for the islanders, food is an inherent part of their identity, of great importance in the culture of the archipelago and in their daily lives, which is why it is not difficult to find good places to eat.

The volcanic origins of the region, its pleasant temperatures and the careful artisan production mean that many of the star products of its cuisine (especially the wines and cheeses) have the Protected Designation of Origin (PDO) seal.

Probably the best way to discover all these products is to visit one of the many cheese dairies and wineries in the Canary Islands. As well as a tasting, you can visit them to learn about the production methods.

The cheeses of the Canary Islands are characterised by their variety of texture and flavour, although their common denominator is that they are all made using traditional methods, which gives them a flavour and nuances that are unique in the world.

The archipelago's wine production is not only diverse but also of enormous quality, something that is reflected in the eleven PDOs that the archipelago has and in the numerous awards they win every year.

Red, white, rosé, full-bodied, fruity or very aromatic... the wines of the Canary Islands are highly appreciated by experts from all over the world:

The islands' unique climatic conditions are ideal for the cultivation of fruit and vegetables, which are the main ingredient of most local dishes.

The mild island climate makes it possible to grow many exotic fruits, such as papaya, mango, pineapple, avocado and, of course, the famous Canary Island bananas.

This is the only type of banana that has achieved European recognition as a Protected Geographical Indication (PGI).

Another of the star products of Canary Islands food that are PGI is gofio. It is made from toasted cereal flour, which is typical of the Canary Islands' culinary tradition.

Its origins go back to the aboriginal Canary Islanders who populated the archipelago before the conquest. It is, along with bananas and papas arrugadas con mojo (wrinkled potatoes with mojo sauce), the best-known food on the islands and a reference point for their identity.

Old Canary Islands potatoes or Papas Antiguas de Canarias, a product with PDO, arrived in the archipelago after the discovery of the New World. They are the key to making the well-known papas arrugadas or wrinkled potatoes, one of the star dishes of the islands. There are currently 29 varieties:

Palm syrup or palm honey, known locally as guarapo, is the raw and processed palm juice that flows from the palm heart of the Canarian palm tree.

It is, together with the Tenerife honey (which has a PDO), widely used in the confectionery of Canary Islands food.

Canary Islands honey rum (known locally as ronmiel or ron miel) is a variety of rum made with cane spirit or molasses. This rum from the Canary Islands is a spirit drink made with a minimum amount of honey of more than 2% of the total volume.

Its alcohol content ranges from 20 to 30%. Its flavour is intense, sweet, unctuous, smooth on the palate and with a very pleasant aftertaste, with a colour ranging from old gold to deep mahogany, medium robe, clean and bright.

Restaurants and bochinches or guachinches in the Canary Islands

In the Canary Islands there is an enormous variety of places where you can enjoy the best dishes of the local cuisine. From beach bars where you can taste the best of the sea, to Michelin-starred restaurants where you can discover new and sophisticated flavours.

However, there are corners with a special charm where you can savour the most traditional typical gastronomy: the bochinches or guachinches. These are small improvised restaurants in courtyards and garages where you can eat homemade dishes accompanied by local wine in a cosy, family atmosphere.

Canary Island cuisine is made up of traditional dishes, a vital element of the cultural identity of the Canarian people.

Canarian gastronomy is characterised by its simplicity, the variety of products from the land and the sea and its eclectic nature.

All of this is due to the numerous cultural contributions received during its history and the relative lack of knowledge of it abroad.

There is so much diversity in traditional Canarian cuisine that if we were to present it all here, this article would take forever. For this reason, we will gradually expand the information: