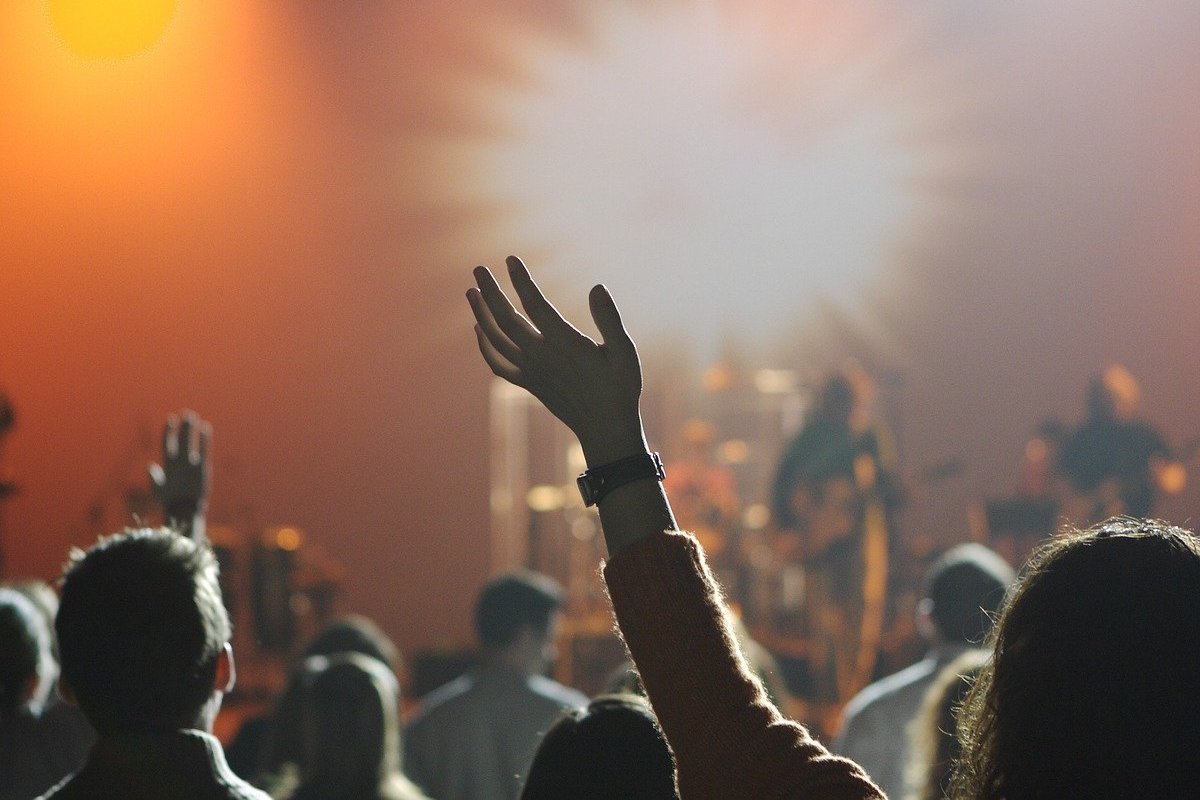 Gran Canaria has acquired a reputation as a party island. There are no shortage of venues for you to have it large. Or, if you prefer, you can have a smaller-sized evening out; in some rather more refined establishments.

Whether you like to dance the night away, imbibe fancy cocktails, eat fine food, Gran Canaria has it all. And more, including outdoor cinemas and dress-to-impress casinos. Now, just where will your evenings out on the island take you?

It's not the yellow brick road you should follow in Meloneras' Oasis Boulevard, but the red-carpeted steps. They lead to a place every bit as magical as Oz, the Moonlight Cinema. Where you can take advantage of Gran Canaria's famously temperate climate which sees minimal swing between when the sun comes up and then goes down.

But even if there is a nip in the night air, Moonlight provide duvets for loved ones to cuddle under whilst ensconced on the cinema's seating of comfy sofas. Films shown tend to be the latest blockbuster releases or golden oldies. There's a single screen and two nightly showings at Moonlight.

Although the cubata (rum and coke) remains the favourite tipple of your average local, the younger natives have embraced, as they call it, the gintonic. You can enjoy this quintessentially English cocktail at Ginger, a classy joint which opened at the end of 2014. Easy to find, it's located at the La Puntilla end of Las Canteras beach.

As well as g&ts, Ginger's celebrated for its mojitos. Stylishly, they arrive in a jar. Open every day of the week from 4:00pm to 2:00am, this bar's a great place to people spot especially if you sit at one of the outdoor tables on the Las Canteras promenade.

If you don't want to spend your whole Gran Canaria holiday in T-shirt, shorts, and flip flops, the sleek Samsara Maspalomas offers you the perfect opportunity to put your glad rags on. Turning up in beachwear at this elegant restaurant would be a fashion no-no. If you ever want to relive the magic of a first date, Samsara's the sort of place to reignite old flames of passion.

Whether you've eating with a loved one or with friends, you'll appreciate dining in the company of others as Samsara's food is meant for sharing. Whilst the major ingredients of Samsara's dishes might be European, they're jazzed up with spices from the Orient. If you're planning on a weekend dinner, you'll need to reserve as the restaurant can get fully booked months in advance.

The weekend starts early at Las Palmas de Gran Canaria's Fortuni, one of the Gran Canaria capital's most stylish clubs. For the exclusive Fortuni opens its doors on Thursday, Friday, and Saturday nights, from 11:00pm to 5.00am.  Two dancefloors move their feet to the beat of resident DJs, Frank Garcia and Pablo Wizard.

Welcome to Gran Canaria's version of Monte Carlo. Gran Casino Costa Meloneras belongs to the four-star-superior resort of the same name. Whether you're into blackjack, poker, roulette, or slot machines, this casino is a gambler's paradise. Along with the two bars, there's an in-house restaurant if you truly want to make a night of it.

Bingo is not an old person's game on Gran Canaria. You'll see a mixture of ages at this Vecindario bingo hall which is open every day from 10:00am to 4:00am. Whilst the numbers are called out in Spanish at Bingo Luján, they are displayed as well on small screens at each table. If you get a line, call out "linea" and for a house, yell out "bingo".

Housed in Playa del Inglés' classy Bohemia Suites & Spa, the 360º Restaurant feeds breakfast to guests at this adults-only five-star establishment. But at night, it's also open to non-guests who can access it via a separate lift entrance to the hotel's internal ones. The 360º Lounge, meanwhile, is the perfect place to watch the sun go down on the iconic Maspalomas dunes below.

There are tasting menus to sample the diverse talents of the kitchen. Not forgetting a sommelier who will expertly advise on the best food-wine pairings, including suggestions from the Spanish mainland as well as the Canary Islands. The Lounge hosts live music, including a regular blues night.

Chill out by name, chilled out by nature. This relaxed Mogán bar, offering shisha pipes as well as free WiFi, is located in the Ancora shopping centre. Formerly the Wanna Bee Bar, it's impossible not to switch off in Nirvana Chill Out, a locale committed to the art of slow living.

Pool halls don't come much more glamorous than this central Las Palmas de Gran Canaria one. Pool Fiction has six seven-foot tables (1€ a game or 5€ a hour) and two nine-foot tables (7€ a hour). There are also six 50-inch Plasma TVs so you don't miss out the key sporting events along with a bar and dartboard.

By day, Playa del Inglés' Yumbo Centrum's a run-of-the-mill shopping centre. By night, with a touch of glitter and, indeed, sparkle, it's transformed into Europe's leading gay-friendly entertainment complex. Anything goes too, with what goes on usually behind close doors available for public viewing.

For an altogether easier-on-the-eye experience, head to the Yumbo's second floor and Sparkles Show Bar. The emphasis here is on song and dance. Whether provided by the venue's drag queens as part of the show or well-lubricated punters during the regular karaoke sessions.