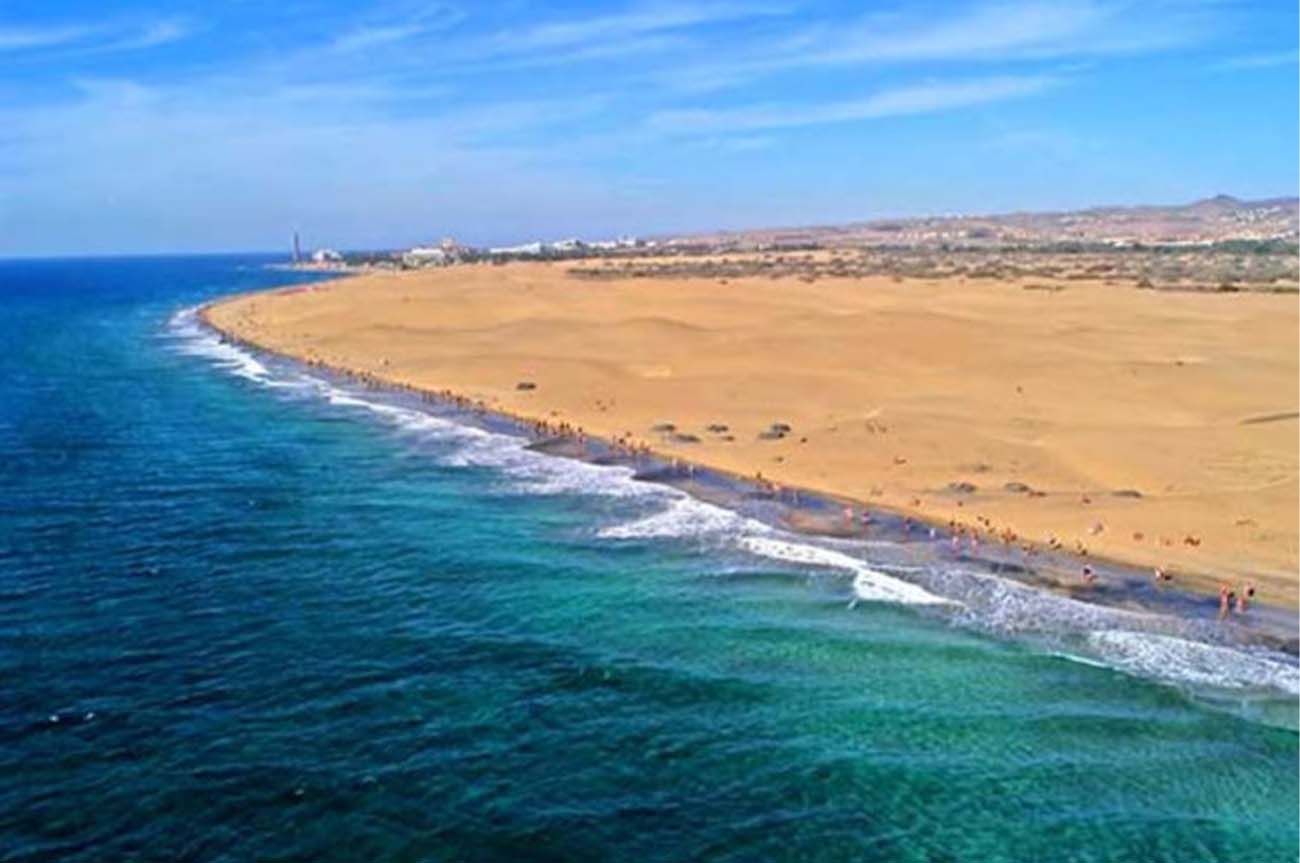 The beaches on Gran Canaria's beaches are distributed throughout 14 municipalities. Most of the non-resort beaches are in the less touristy areas. As you'll find out when we reveal our top 10.

Unless you want to knacker your suspension and damage your tyres, don't contemplate travelling to Agüimes' out-of-the-way El Cabrón by any other form of transport than 4X4. For its access road is hairier than a hippy festival. As well as being a mecca for divers, El Cabrón is a locals' beach.

A mere 290 metres in length, El Cabrón's crystal-clear waters are best viewed with a mask. So if you've got snorkelling gear, don't forget to pack it. Bring your own food with you also as this is a rustic playa free of any bars or restaurants.

Unlike the north west of England, Gran Canaria's north west is one of the sunnier parts of the island. However, it's best to visit Farenoque, an Agaete beach, in the afternoon. As, in the morning, the sun doesn't manage to get high enough above the Faneque cliff overlooking the beach.

Travelling to this virgin playa is best down by leaving your car on the GC-200 above and making your way down on foot. Allow half an hour to reach the beach. Be careful with the tide which can be treacherous, especially as you might well find you have Farenoque all to yourselves.

Artenara is Gran Canaria's smallest, yet highest, municipality. Its capital is made up of cave houses. One definitely doesn't associate it with coastal GC and, indeed, Punta de las Arenas is Artenara's only beach.

To descend to the beach from the GC-200, reckon on one hour and 20 minutes. Ascending takes 40 minutes longer. Never hike to this secret playa on your own and, if possible, travel with someone who knows this part of the island well.

The GC-1 doesn't get as close to the east coast as the GC-2 does to the north coast. So the beaches feel more hidden here. Leave Gran Canaria's main motorway at the El Goro turn-off for Tufia, another playa which is popular with divers.

A small hamlet sits atop a beach measuring 110 metres in length. There's a chiringuito on Tufia should you require light, mainly liquid, refreshment. If you want a change of scene, you can easily walk to the neighbouring beach of Aguadulce.

Forget your multi-stories. If you want to see a tall car park, visit Gáldar's Juncal beach, located at the bottom of the ravine of the same name. Only off-road vehicles will be able to make it all the way down to a beach which is ideal for kids as there's little current and no waves.

In times gone by, you would have seen more boats at Juncal. For it used to be a port. One which the fishermen would dock at whilst their wives walked up the ravine to sell fresh fish to the people living nearby.

The properties around this area, like the majority of Gran Canaria's coastline in fact, are functional rather than aesthetically pleasing. The big star here is nature. In particular, the capricious Atlantic which surges into this 50m-stretch of shoreline.

Before the GC-1 was extended to Puerto de Mogán, the main road was the GC-500. Here, tourists would pass a string of small beaches between Amadores and PdM that looked nothing like the brochure. They were stony, for a start.

But unlike Amadores and Anfi, these beaches are natural rather than artificial. And because they're now even more bypassed than before, they've found even more favour with nudists. Who are happy that textiles are not invading their definition of a tropical paradise.

When people talk about Gu-Guy or Güi-Güi, they do so by referring to it as a single beach. The problem is that most people, locals let alone tourists, have never set foot here. As any true Gran Canaria native will tell you, there are in fact two Gu-Guy/Güi-Güi beaches.

Gu-Guy Grande's actually the smaller of the two playas. Being, as it is, 350 metres long. Principally stony, you'll ordinarily have to wade on through to Gu-Guy Chico unless you're visiting at the lowest of tides.

Chico means small in Spanish. It also means boy, child, youngster. You get the picture. So why it's used to describe, at 850 metres, the longer of the two Gu-Guys/Güi-Güis, is anybody's guess.

Usually, you can separate the visitors to Gu-Guy Chico by two types. The ones who have hiked there by foot and the ones who swim ashore off the party boats that can jar with the general peace and quiet of this isolated location.

This beach has more in common with the likes of Mogán's El Medio Almud than its livelier municipal neighbours of Playa del Inglés and Maspalomas. Not least because of its pebbles and the fact that any sand you may find here will be black as a vanilla pod rather than as mellow yellow as a vanilla ice-cream.
Did you like this article? Share it!
PreviousNext