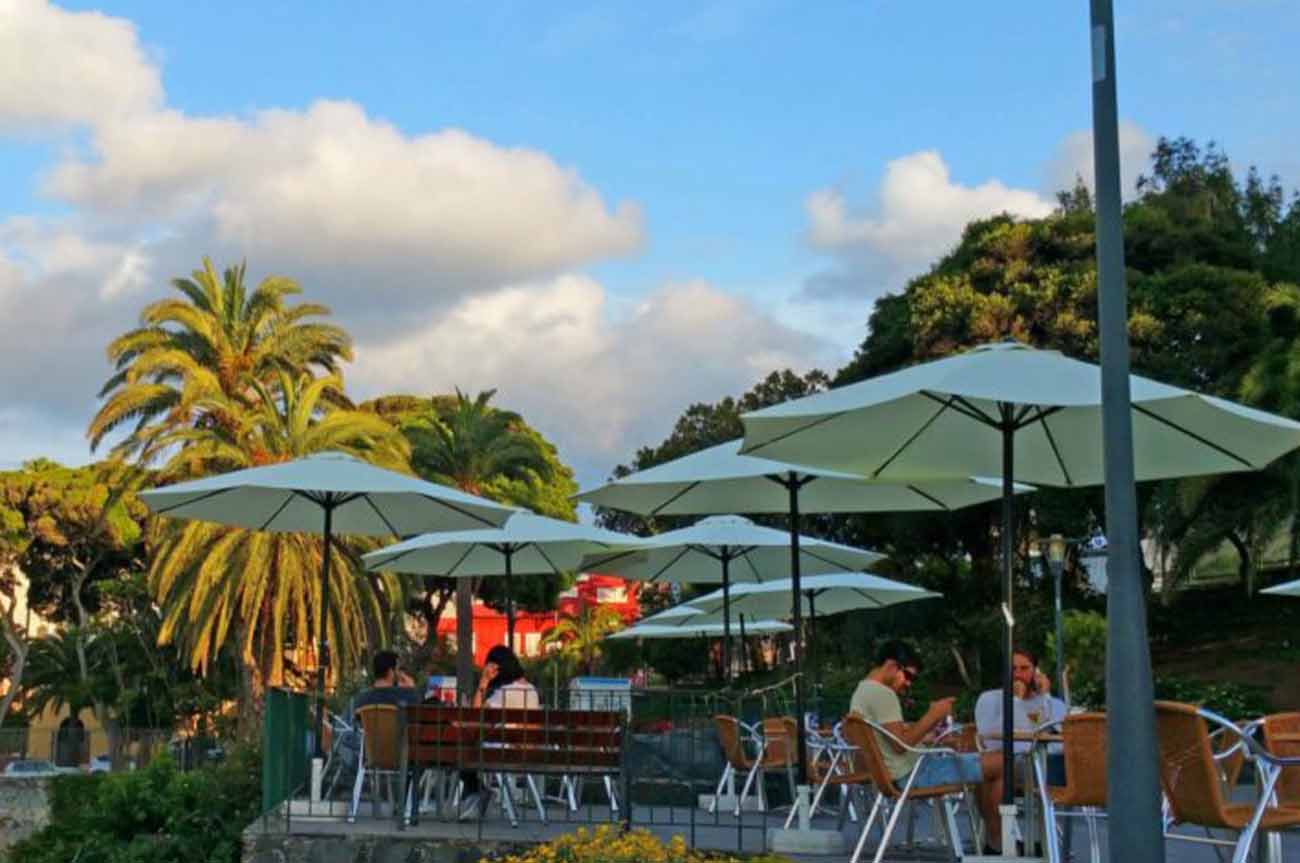 Close your eyes and picture Gran Canaria. You're imagining sandy beaches that go on for miles and miles and turquoise water which is ever so inviting, right? As you should, as you should.

What you're probably not also conjuring up are images of verdant Gran Canaria, save for those tropical beaches complete with palm trees. But there are pines aplenty too and, in Las Palmas de Gran Canaria, more green spaces than you can count on two hands. Without further ado, here are our top 10 Gran Canaria parks and gardens. Presented, as always, in no particular order.

Confusingly, there are two Doramas Parks on Gran Canaria. One, along with Parque Rural del Nublo, takes up nearly 30,000 hectares of space. That's Parque Rural de Doramas in the north of the island which stretches over six municipalities.

Rather more accessible, especially if you're on a day trip to Las Palmas de Gran Canaria, is the capital's Parque Doramas. Once a zoo, uncaged parrots call this well-shaded park home. Along with frogs, koi, and a swan which glides gracefully on a pond which also features a fountain.

12,000 square metres houses 500 different species of flora. Open Monday to Friday 10:00am to 6:00pm, there's no admission fee to pay if you want to enter this mini oasis. As well as flowers, there are the inevitable birds and bees.

Also worth looking out for at the Parque Botánico de Maspalomas are the beautiful butterflies. You'll find this park at the very start, as in number one, of Avenida Touroperador Neckermann. Bring refreshments with you as this a cafe-less parque.

The pirate ship in the children's playground at Las Palmas de Gran Canaria's Parque de San Telmo is more design than accident. For this park, before the expansion of the capital, was once under water. These days, the city's main bus station, the GC1, and Avenida Marítima combine to separate Parque San Telmo from the Atlantic.

Children love to play at being pirates in the aforementioned ship. But the Ermita San Telmo was once sacked by Dutch marauder Pieter van der Does and his band of sea-shanty-singing buccaneers in 1599. The original build was on the seafront, making it susceptible to attack from freebooters.

Above the dunes of Maspalomas, you can lose yourself in a maze of holiday apartments and hotels. A rather greener development is the Parque Urbano del Sur. If the kids are getting in your hair and you want a break from the beach, this is a great place to let them run riot.

Maspalomas' green lung is ideal for those of an active disposition. Whether you want to run or skate, there's plenty of space to stretch those leg of yours. There's a playground and a bar/cafe if you want to beat the heat with a cool drink.

Las Palmas de Gran Canaria's Parque de Santa Catalina home to the capital's second bus station. Second as in you'll reach the terminus here after the one at Parque de San Telmo. And second as in smaller than San Telmo's.

Santa Catalina Park feels more a square. What with its row of bars, cafes, and restaurants whose outdoor terraces are full all year round. Made up of cruise-ship passengers docked in the nearby Puerto de la Luz and old men playing dominoes as if their lives depended on it.

That's marquesa as in marquis. Located on the GC-330, one of our top 10 Gran Canaria cycling routes, it dates back to 1880. When the first Marquis of Arucas, Don Ramón Madam y Uriondo, decided to decorate his summer residence with a botanic garden.

Not that everything here was planted on the orders of Don Rámon, with an ancient dragon tree a survivor of the island's pre-Spanish past. There's a €5 fee to enter the Jardín de la Marquesa and it's open Monday to Saturday from 9:00am to 1.00pm and then again from 2:00pm to 6:00pm.

Make sure you Tamadaba do on a visit to Gran Canaria. Especially as over 7,500 hectares feature mountains high, extending into Gran Canaria's loftiest village, Artenara, and valleys low, descending into the Valle de Agaete which houses the world's most northerly coffee plantations.

The pine forests in the Parque Natural de Tamadaba, which also reaches as far west as La Aldea de San Nicolás, are some of the best-preserved ones on the island. Look out for ghost hamlets and some of Gran Canaria's great lakes (OK, they're really reservoirs). This area's ideal for exploring by foot, home, as it is, to a network of hiking trails.

It's known as the Island of Eternal Spring, but seasons do come and go on Gran Canaria. Although, you'll be confused with a visit to the Jardín Botánico Huerto de las Flores. Featuring plants from all five continents, the flowering ones blossom at the same time as they did in their home continent rather than adapting their blooming to match GC's seasons.

There's a cafe at this botanic garden. Where you can sample Agaete Valley's renowned coffee. Locals tend to drink it black and without sugar as it boasts a rich, chocolate flavour.

The San Bartolomé de Tirajana municipality houses the major tourist resorts on the islands. Its home to Maspalomas, Playa del Inglés, and San Agustín. But head up to the municipal capital, better known as Tunte, and you'll enter a world in which it's easy to contemplate Gran Canaria's aboriginal past.

The non-costal San Bartolomé de Tirajana is where you'll find near 6,000 hectares of the Parque Natural de Pilancones. As well as pines which wouldn't look out of place on the Alps, listen out for birdsong from the blue chaffinches who add buzz to this otherwise serene landscape. Prior to the devastating storm of 2008, the Pino de Pilancones had stood tall and proud for over half a millennium.

Otherwise known as the Jardín Canario, this botanic garden is located close to Las Palmas de Gran Canaria's stockbroker belt of Tafira Alta. But if you're thinking a Gran Canaria version of Surrey, think again. Gran Canaria's in Macronesia, after all.

The Jardín Botánico Viera y Clavijo was the brainchild of Swedish-born botanist Eric Ragnor Sventenius who founded it in 1952. It didn't open its doors to the public until seven years late, though. They've remained freely open since, every day in fact from 9.00am to 6:00pm.