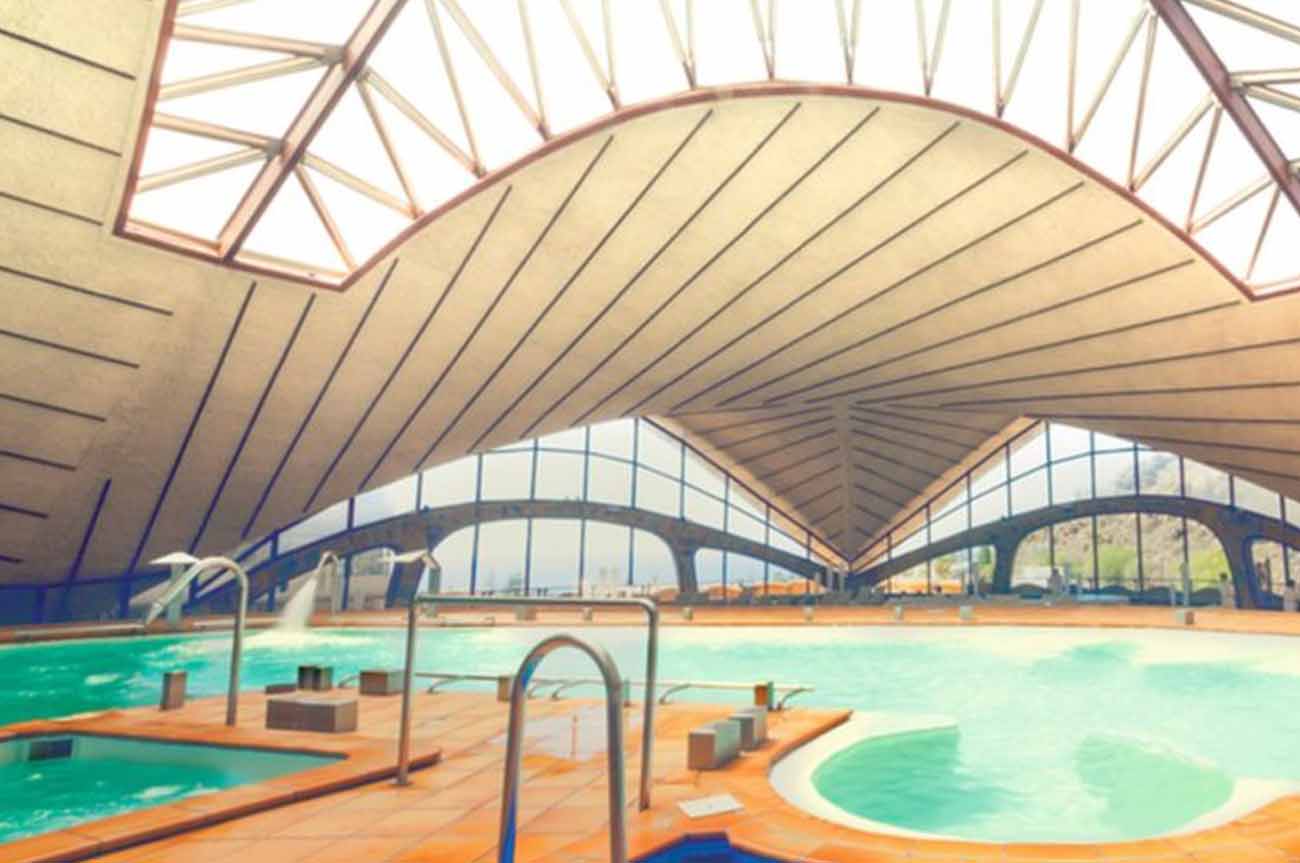 We understand, we really do. You've come to Gran Canaria for long, luxurious days on the beach. To go the golden colour of the sand you leisurely stroll across on your lazy away days.

You're in luck. The sun has invariably got its hat on in Gran Canaria. But what happens when the heavens open, ruling out a day by Atlantic ocean or swimming pool? Just because the sun goes out, doesn't mean you can't. Here are our top 10 Gran Canaria rainy-day excursions.

A great way to beat the heat on Gran Canaria is to take a dip in the ocean or outdoor pool. But what happens if it rains? One of the best places to take cover is at the Thalasso Gloria Palace San Agustín, where you'll able to enjoy the health benefits of the Atlantic's therapeutic saltwater even if the day is uncharacteristically rainy.

Thalasso Gloria Palace San Agustín offers 7,000 square metres of facilities, including three pools, making it Europe's larget thalassotherapy centre. Open every day from 10:00am to 9:00pm, you don't have to be a hotel guest to visit although if you want treatments such as massages; you will need to book in advance. Also, you do have to be over 15 to be admitted entry.

Before the Spanish conquered the island in the late 15th century, it was occupied by the aboriginal canarii. Many of these Berber descendants chose to live in caves, secure in the knowledge that the insulating properties of this type of residence would keep them cool in summer and warm in winter. They'd also keep them dry.

One of the main areas of pre-Spanish population was in the Barranco de Guayadeque, the stunning ravine which divides Agüimes from neighbour Ingenio. It's here that you'll find cave restaurant, Bar Restaurante Tagoror. Where, if it's a non-alfresco type of day, you'll be able to feast on traditional Canarian cuisine without having to worry about rainfall.

Local artists Juan Antonio de la Nuez and Olga Artiles are the creative geniuses behind this Moya art gallery. You won't need to pay an admission fee at the Centro de Arte e Interpretacíon del Paisaje. Opening hours are from Tuesday to Saturday, 10:00am to 2:00pm.

In Las Palmas de Gran Canaria, the capital's oldest area, Vegueta, is home to many of its museums. The pick of which is El Museo Canario, which you'll find at the beginning of Calle Doctor Verneau. René Verneau (1852-1938) was a French anthropologist whose main academic interest was the study of the pre-Spanish inhabitants of the Canary Islands.

Verneau worked from a lab in El Museo Canario when he visited from France. But it was another doctor, Gregorio Chil y Naranjo, who founded the Canarian Museum back in 1879. Mummies of the island's ancestors form part of the museum's permanent exhibitions, along with a grisly selection of skulls.

The cobbled streets of Vegueta are home to the modern as well as the ancient, however. Including the Centro Atlántico de Arte Moderno, an art gallery which opened 110 years after El Museo Canario. On the 4th December 1989.

Exhibitions in CAAM are temporary, with the gallery committed to sharing the latest and greatest works of cutting-edge artists. These include photographs and video installations. If you're easily shocked, you might find some of the gallery's more outré displays a little unsettling.

Head to the north west of Gran Canaria and Gáldar, if you want to visit one of the island's most family-friendly museums. The Museo y Parque Arqueológico Cueva Pintada's very much a work in progress. The in-house archaelogists are digging up new remains as we type, with the latest finds put on display for visitors to see what life was like in pre-Spanish Gran Canaria.

The Painted Cave Archaelogical Park and Museum takes its name from the multi-coloured geometric paintings adorning a chamber. A cave discovered by local farmer, José Ramos Orihuela, in 1873. The various shapes are believed to be fertility symbols.

Basketball, after football, is Gran Canaria's second favourite sport. The local side, Herbalife Gran Canaria, have one of the smallest budgets in the Liga ACB. Despite this, they regularly make the play-offs.

Herbalife Gran Canaria's home from March 2014 has been Siete Palmas' Gran Canaria Arena. The state-of-the-art centre, located above the city centre and close to local heroes' UD Las Palmas and their Estadio Gran Canaria, has space for 10,000 spectators. It was also selected as one of the venues for the 2014 FIBA Basketball World Cup.

In 1483, the last remaining free canarii had retreated to the heights of Santa Lucía de Tirajana. Here, rather than submitting to Spanish rule, they chose to throw themselves off the peaks to their deaths. You can find out more about this momentous moment at one of Gran Canaria's major archaelogical sites.

La Forteleza's open from 10:00am to 5:00pm Tuesday through to Sunday. It's one of the island's newest tourist attractions, opening its doors to the general public in April 2015. Explore replicas of traditional canarii households alongside 21st-century technology.

Most multiplexes on Gran Canaria show the latest mainly Hollywood blockbusters dubbed into Spanish. Apparently, the former dictator did not want his subjects to hear any other language apart from Castilian. You are however to watch new releases in their original language with Spanish subtitles, at Las Palmas de Gran Canaria's Multicines Monopol.

The Elder Science and Technology Museum positively encourages visitors to handle the displays. Its interactive exhibitions will restore a smile to kids' faces disappointed by a no-beach day. Kids under six year olds are allowed to enter for free.