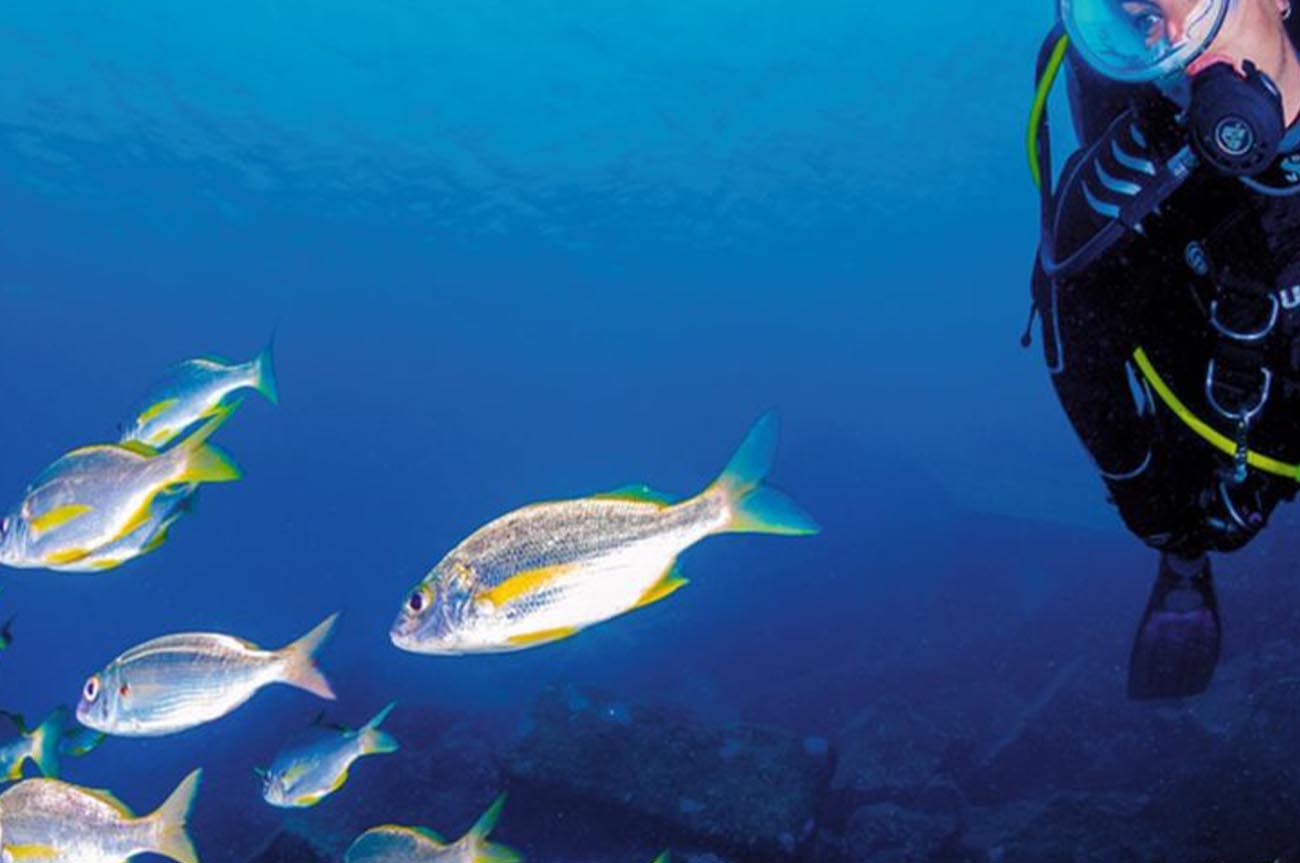 The locals are a sports-loving bunch on Gran Canaria. And the island's renowned climate makes it a popular warm-weather training destination for the world's leading athletes. Whether you want to play or watch sports, Gran Canaria is simply ideal.

But what are the most popular sports in terms of number of fans and levels of participation? We reveal all below. In no particular order, here are the top 10 Gran Canaria sports.

The clear waters off the coast of Gran Canaria attract divers who want to get up close and personal with the likes of angel sharks, parrotfish, and seahorses. There are also a number of offshore shipwrecks to explore on Gran Canaria. However, there are dive siteswhich are beginner-friendly too.

You'll find schools across the island. From Las Canteras' Centro Buceo 7 Mares who ferry first-timers to Sardina del Norte. To Arinaga's Davy Jones Diving who take advantage of their location to introduce tourists to the nearby El Cabrón marine reserve.

Meanwhile, David Silva has won the Premier League with Manchester City and the European Championships and World Cup with Spain. Despite being rejected by UD Las Palmas for being too small, he's vowed to finish his career at the club like Valerón. There's a statue of Silva outside the club's Estadio Gran Canaria.

The big swell off certain spots of Gran Canaria have earned the island the nickname, Europe's Hawaii. There are regular international championships, with a combination of bodyboarding and longboard events. The best spots to surf on the island include Las Palmas de Gran Canaria's El Confital and La Cicer, along with Gáldar's El Frontón.

Basketball in the United States is famously blue-collar. However, on Gran Canaria, it's the wealthier parents who tend to put their kids into basketball. Indeed, the island's most successful club Herbalife Gran Canaria started life as the school team at the elite Colegio San Antonio María Claret.

The 10,000-capacity Gran Canaria Arena shares a Siete Palmas postcode with UD Las Palmas' ground. It was a venue of the 2014 FIBA Basketball World Cup, having opened in March that year. On non-match days, it's used as an entertainment venue for concerts and shows.

It's the wind which keeps Gran Canaria's temperatures agreeable. The days are as rarely unbearable as they can be in the Spanish mainland, in the likes of Granada, Madrid, and Seville. The gusts from above also make the island a favourite with the windsurfing fraternity.

On Gran Canaria, the sandpits are not just of kids. In fact, many of the parks in Las Palmas de Gran Canaria, such as Parque Las Rehoyas, include sandpits that are only open at certain times. Namely when there's a lucha canaria meet.

Lucha canaria's Canarian wrestling. Fighters try to unbalance their opponents or force them out of the ring of sand. Fight nights pit a home team of individual fighters against a visiting team such as Telde's Castro Morales against Agúimes' Roque Nublo.

New cycling routes make Las Palmas de Gran Canaria one of the most bike-friendly Spanish cities. There are various bike stations around the capital to pick up one of the distinctive yellow municipal bicycles. The Avenída Marítima connects the Puerto de la Luz with the former fishing village of San Cristóbal.

There are cycling routes which will test the experienced pro, particularly in the mountainous interior. Teams such as Tour de France regulars Tinkoff-Saxo head to Gran Canaria when roads ice up over winter in northern Europe. Meaning their cyclists are able to keep in share all year round.

Walk along any major beach on Gran Canaria and you're bound to see a game of beach volleyball taking place. The La Puntilla end of Las Palmas de Gran Canaria's Las Canteras hosts prestigious tournaments. Whereas the nets at nearby Alcaravaneras tend to be used for fun by families.

Volleyball is also an indoor sport on Gran Canaria. Played by both men and women, there are various courts throughout the island's municipalities. Gran Canaria clubs compete against clubs from the Iberian peninsula and other islands in league fixtures.

The only grass you'll see at the island is at three football grounds and the various golf clubs. The usual surface for outdoor ball sports is astroturf. This includes padel, an Argentinian import which has found favour with Gran Canaria's more well-heeled citizens.

Padel is a combination of squash and tennis. It's pretty easy to play, making it a popular sport for younger and older family members. You'll find padel courts in both leisure and shopping centres on Gran Canaria.

There are eight golf courses on Gran Canaria, more than enough if you're planning on teeing off a lot during your holiday time on the island. The Real Club de Golf in the north of the island was the first golf course to open in Spain, let alone Gran Canaria.  At the opposite end of the island, Maspalomas Golf offers epic views of the beach's iconic dunes.