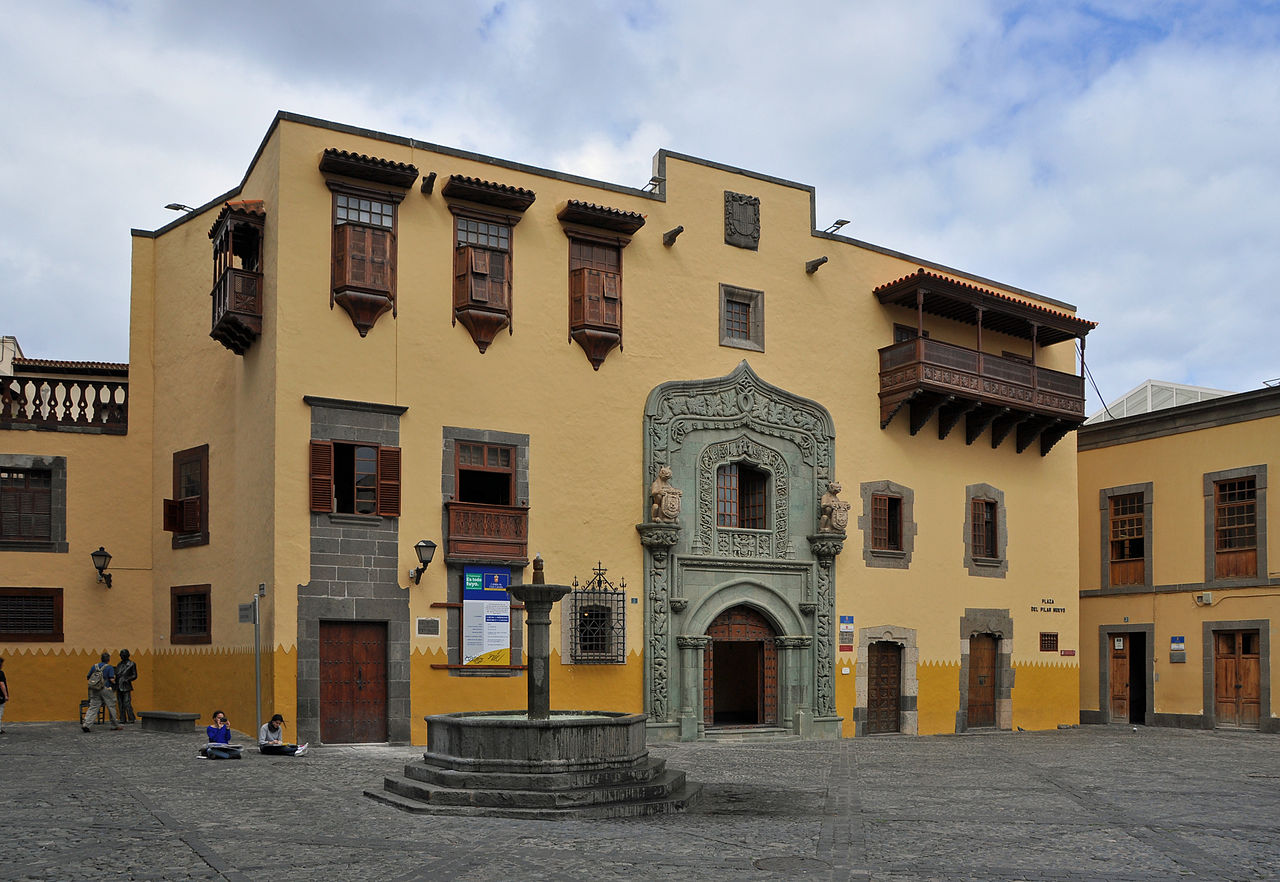 Casa de Colón Museum, a walk through the history of America

The Canary Islands have been a place of passage for all those travellers who had the Americas as their destination. It has always been a strategic place to make an obligatory stopover to replenish supplies and continue the long journey to the new world. In Las Palmas de Gran Canaria there is a place that tells the relationship that the Canary Islands and America have had throughout history, the Casa de Colón Museum.

The relationship between the Canary Islands and the Americas was born almost at the same time as the discovery of the continent. Christopher Columbus on his first trips took the islands as his main point of call, staying a few days on the island of La Gomera, with a very brief stopover on the island of Gran Canaria.

Over the centuries the relationship grew stronger until it created commercial and emotional ties that still endure, with the emigration of many Canarians to the new world to begin a new life.

That is why in this article we want to teach you everything you need to know about one of the most important museums in the Canary Islands, where America and its history are the main features.

What is the Casa de Colón?

The Casa de Colón is a centre dedicated to the study, research and teaching of the history of the Canary Islands and its relations with the American continent. It also has spaces dedicated to both permanent and temporary exhibitions.

Likewise, one of the permanent and renowned activities within the Canarian cultural panorama are the debates on Canarian-American history that are held every two years. The Casa de Colón in Las Palmas also has a scientific magazine on subjects related to both lands.

History of the Casa de Colón

The houses of Columbus served as lodgings for the first governors of the island. It was also for Christopher Columbus, who on his first trip to the Americas had to stop on the island to repair his caravel and stayed in this house.

It is a construction that was rehabilitated in the 1950's, conserving some original elements in its interior that date from the 16th century, like the baptismal font that belonged to a hermitage of the surroundings. Inside the house there are 4 interior patios that lead to the different rooms.

In these patios, some elements stand out, such as the cannon of the castle of Teguise and the castle of San Cristóbal in Gran Canaria. The most striking feature of the Casa de Colón museum is a large and beautiful Renaissance arch that once belonged to the convent of Santo Domingo which was set on fire by Dutch pirates.

However, it is complicated to frame the Casa de Colón in one architectural style, since it has been reconstructed on some occasions and its style has changed. It has Renaissance and Neoclassical elements as well as elements of traditional Canarian architecture, such as the interior patios.

The Casa Colón Museum is a marvel, not only for its interior and what it houses, but also for its facades, which have elements of wood and stone that show the great island influence in its architecture.

However, apart from being an architectural complex of great interest, the interior of the Columbus Museum has interior patios that connect with the different rooms where permanent or temporary exhibitions are held.

There 13 permanent exhibition rooms, distributed over two floors with the following themes:

In turn, this Canarian Museum in Las Palmas is divided into four different thematic areas which we will now show you.

In this area, information panels about the American population, its cultural areas, and the people who inhabited it are displayed, highlighting above all the collection of pieces from the Emerald culture. There is also a small representation of the Mayan, Aztec or Zapotec cultures.

In this area, the Casa de Colón aims to transport the visitor to the Renaissance era, to the discoveries and technological advances and to the need to find new routes. Here you can find nautical charts, models, panels and objects representative of the discovery of America.

This is the area dedicated to the city of Las Palmas de Gran Canaria. Here you can see models of the city's evolution, cartography, graphic documentation or the urban plots that allow you to see first-hand the evolution that the city underwent between the 16th and 19th centuries.

This is perhaps the most important area of this Canarian museum in Las Palmas. It is an area where the pictorial collection goes from the 16th to the 19th century. It has Flemish, American, Canarian paintings and the jewel in the crown, which are Goya's engravings.

As you have seen, the Casa de Colón is a point of reference in the world of research, not only for everything related to pre-Columbian times or the discovery of America, but also for its importance as a centre for the dissemination of Canarian and foreign art.

Thanks to all this, this Museum has become a point of reference within the Canarian cultural panorama, offering a different view of the relations between the Canary Islands and America.

In short, if you are in Gran Canaria, an obligatory stop is to visit the Casa de Colón museum in Las Palmas to discover all the good things that the most important museum house of the Canary Islands has to offer.