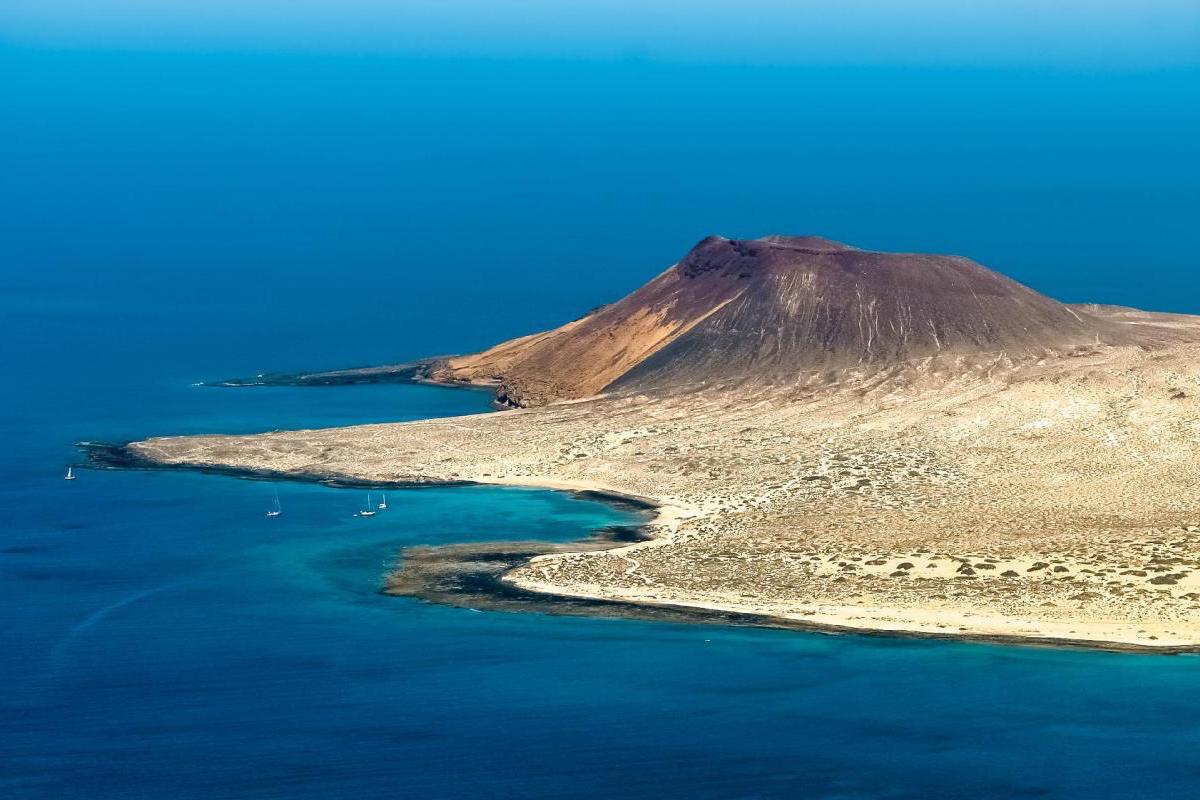 Chinijo Archipelago: the unknown side of the Canary Islands

The Chinijo Archipelago… Probably, you’ve never heard about it, right? These little islands (or are they islets?) are located off the northern coast of Lanzarote. But, how come that this beautiful side of the Canary Islands is so unknown? The answer is very simple – this is a protected area very restricted to visitors.

The word chinijo can give you a hint. According to the Academia Canaria de la Lengua (Canarian Language Academy), it’s a local word from Lanzarote to describe little children and small things.

Therefore, this can give you an idea about the size of this beautiful paradise.

The archipelago is legally administered by the Government of the Canary Islands, the Cabildo de Lanzarote and the municipality of Teguise. The only inhabited island is La Graciosa, with approximately 730 people that are tripled in high season such as summer or Easter.

The best views of the archipelago and its perfect volcanic cones and its melting pot of ochres and beiges can be seen at El Río viewpoint in northern Lanzarote, a work of art on a stunning cliff designed by the famous local artist César Manrique. The mix of islets, sea and sky transmits total freedom.

Natural Park of the Chinijo Archipelago

Did you know that this archipelago is the largest marine reserve in Europe? Indeed, it covers 700 km² and contains the islets of La Graciosa, Alegranza, Montaña Clara, Roque del Este and Roque del Oeste.

This protected natural space has plenty of endemic species that include large colonies of white-faced petrels, Scopoli’s shearwater, western ospreys and Eleonora's falcon. There are also numerous marine species here, such as groupers, spiny lobsters and limpets.

Its white-sand beaches with crystal-clear water and the incredible biodiversity of the seabed make it the perfect place for diving and discovering species that are unique to Canary Islands.

La Graciosa (literally, the ‘graceful’) officially became the eighth Canary Island back in late 2018. The island only has two settlements with unpaved streets and roads (in fact, motor vehicles are strictly limited): Caleta de Sebo in the southeastern part and summer-residence Casas de Pedro Barba on the eastern side.

Access to the island is by a 35-minute ferry crossing from Órzola on Lanzarote to the harbour in the village. Obviously, along with fishing, tourism is the main industry. The island has a school, lyceum, post office, supermarkets, medical center, pharmacy, bank branch, port, beaches, bar-restaurants and a square.

The second largest of the Chinijo Archipelago is Alegranza. Its name is derived from the Spanish word for ‘joy’. According to some scholars, it was given by the first explorers that felt joy upon spotting land.

It’s the northernmost point in the Canary Islands and, as you can already guess, it’s uninhabited. Thus, is a virgin and wild land. La Caldera is the highest peak in Alegranza with 228 metres above sea level.

Montaña Clara (Spanish for ‘pale mountain’) is the smallest islet of the archipelago. It has a striking shape and colour that clearly shows its volcanic origin. It’s an important refuge for fauna and flora protected from human exploitation.

Roque del Este, (literally ‘Eastern Rock’) is the easternmost point of the Canary Islands. What a surprise, right? It’s the second smallest of the archipelago and it has a submarine tunnel that runs from north to south.

In this case, Roque del Oeste (Spanish for ‘Western Rock’) isn't the westernmost point of the Chinijo Islands. Strange things happens. It’s also known as Roque del Infierno (literally ‘Hell’s Rock’) because of the dark colours it has.

In short, although these islets are part of the Canarian archipelago, they can be considered an archipelago by themselves. Would you like to discover the Chinijo Archipelago first-hand?