The emblem of the city: Arucas Cathedral

The church of San Juan Bautista is the symbol of the town of Arucas. Also popularly known as the cathedral of Arucas, it’s one of the most impressive architectural representations of the entire Canary Islands archipelago.

Discover the parish church of San Juan Bautista in this article and find out all the details of this exceptional church and historical-artistic heritage.

Where is the Church of San Juan Bautista?

The parish church is located at Calle Párroco Cárdenes, 3, in the town of Arucas. Here’s its exact location:

How to get to the cathedral of Arucas

There are several ways to get to the church of San Juan Bautista:

Here’s the location of the bus stop in Arucas:

San Juan Bautista is NOT a cathedral

History of the church of Arucas

In the 15th century there was already a chapel in honour of the prophet San Juan Bautista. With the passing of the centuries and the growth of the town of Arucas, the chapel evolved until it became, in the 17th century, a Renaissance-style parish church with three naves.

On the other hand, at the beginning of the 20th century, the church was demolished and a new, larger one was built. The remodelling work, under the direction of the architect Manuel Vega, took almost 70 years.

Features and architecture of the parish church of Arucas

Together with the basilica of Nuestra Señora del Pino in Teror, the parish church of San Juan Bautista is one of the two most popular churches in Gran Canaria. It’s dedicated to San Juan Bautista, the patron saint of Arucas.

The church of San Juan Bautista is of neo-Gothic architecture, made of dark stone from the stonework of Arucas, with gigantic towers, pointed arches and a spectacular façade. It’s also an Asset of Cultural Interest (BIC). It incorporates elements from the old church, from the 16th century, such as the Crucified Christ. Another element that stands out are its stained-glass windows, donated by different brotherhoods and confraternities or manufactured by the renowned French firm Maumèjean.

The ecclesiastical complex is formed by the two towers of the main façade and the third tower, of greater height, which is the bell tower, built between 1962 and 1977. It was the last element to be added to the church.

Inside, there are Flemish and Andalusian paintings, as well as sculptures from Italy.

Find in VillaGranCanaria all types of accommodation: flats in the city centre less than 15 minutes drive from Arucas, incredible villas where you can enjoy all kinds of comforts and exclusivities such as a private pool, terrace, garden, BBQ... perfect accommodation for families and much more. Choose your favourite property!

The cathedral of Arucas can be seen from a distance. It’s the light that guides the visitor through Arucas. With its dark greyish colours, it forms the perfect contrast to the colourful houses of the town and the green surroundings of the north of Gran Canaria.

Arucas stands out for its church of San Juan Bautista and for being the origin of the most famous rum of the Canary Islands: Arehucas. Discover its history! 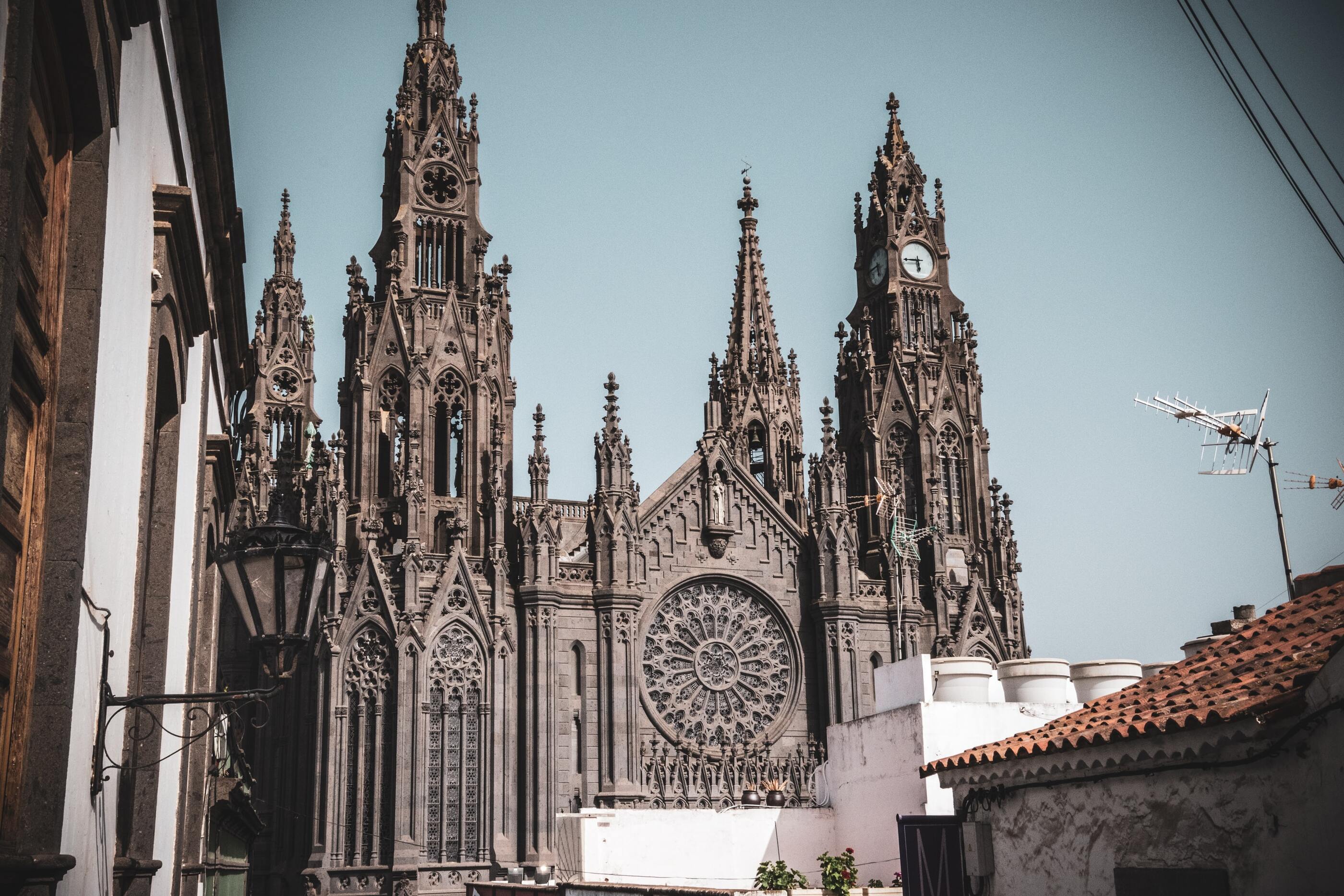 Arucas, cradle of rum in the Canary Islands

Get to know the cradle of rum of the Canary Islands. 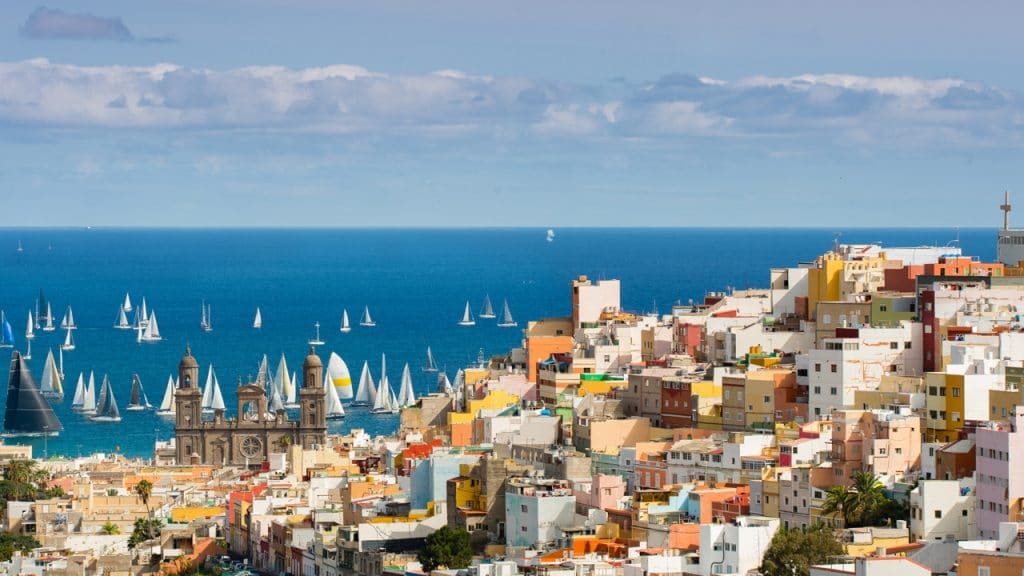 Neighbourhoods of Las Palmas de Gran Canaria: the history of a city

Get to know the most picturesque neighbourhoods of the capital of Gran Canaria.