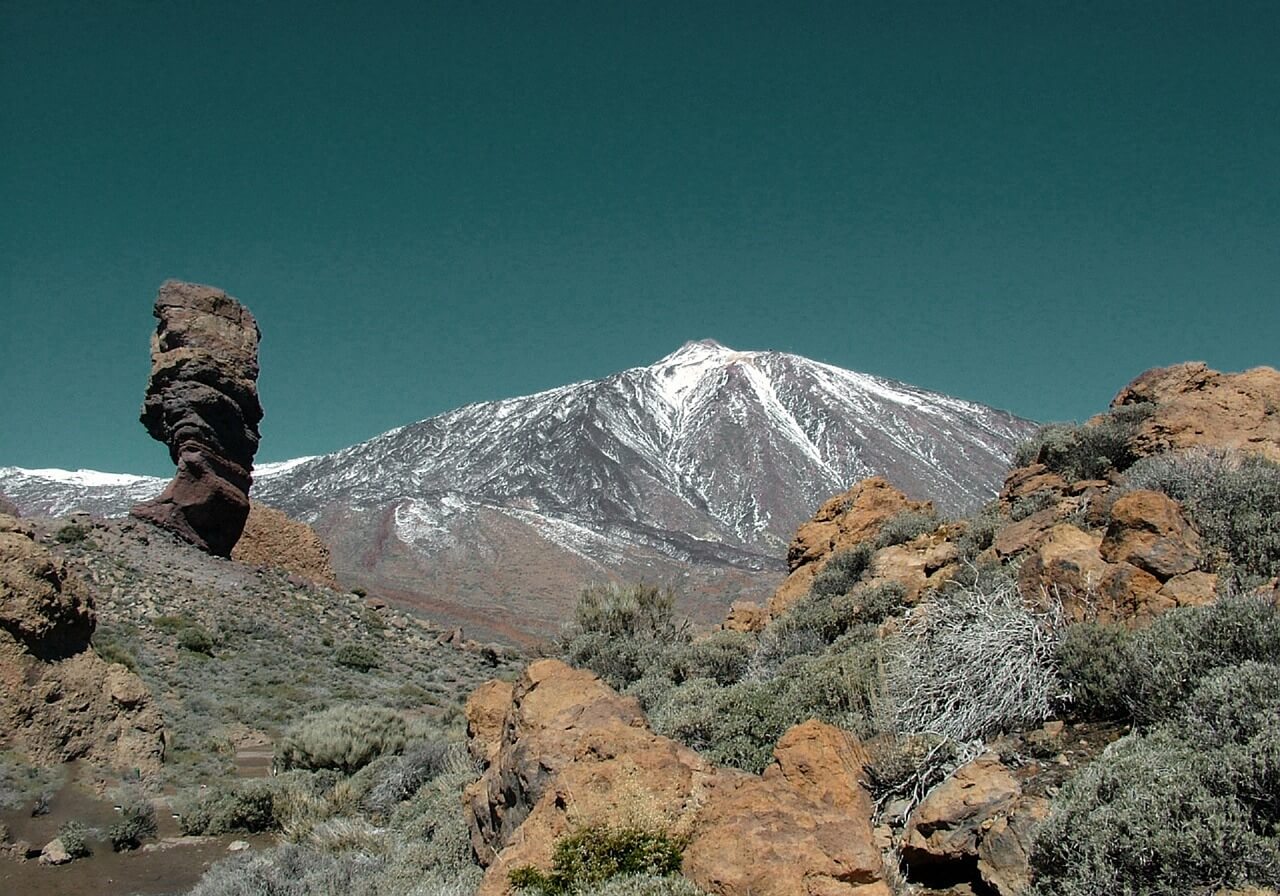 The Canary Islands have a purely volcanic origin which, favoured by a unique geographical situation, gives rise to climatic conditions considered to be one of the "best climates in the world", causing an explosion of nature that makes the archipelago unique. These volcanoes in the Canary Islands have left their mark in the form of mudflow, calderas or craters.

All this formation can be seen throughout the geography of the islands and can be easily visited. One of the most surprising formations that have left the volcanic eruptions are the pahoehoe, volcanic flows formed by dry crust that offer a wavy and quite rough surface.

In addition, some of its black or reddish sand beaches are characteristic of the great volcanic legacy that the Canary Islands treasure.

Thus, we will talk about everything related to Canary Islands volcanoes: how many there are? Which are the most important historically? Which attract most visitors? How many of them are still active today?

How many volcanoes are there in the Canaries?

The Canary Islands have a high rate of volcanoes compared to other regions of Spain. At present, there is not much data on exactly how many volcanoes there are, but the estimation is around 30. The islands with the most volcanoes are Gran Canaria, Tenerife and La Palma.

Most important volcanoes in the Canary Islands

The activity of the volcanoes in the Canaries has its origin in the oceanic-Atlantic crust created more than 30 million years ago from large volcanic eruptions. Thanks to this, the islands are one of the geographical areas of the world with the greatest biodiversity with a pure and wild environment that together with its beaches, make them an incredible tourist attraction.

Therefore, the Canary Islands, like most volcanic islands, are like buildings that rise up from the seabed, so that only 10% of the island's building stands out from the sea. This suggests that there is still an important volcanic mantle underneath. Let’s discover the 5 most important volcanoes in the Canarian archipelago.

The Caldera de Bandama is located within the municipalities of Las Palmas de Gran Canaria, Telde and Santa Brígida. It is an enclave that attracts many visitors due to its large dimensions, steep walls, the cave paintings found inside and its location within the Bandama Natural Monument.

The caldera arose from a volcanic process with an explosive nature that may have started some 4,000-5,000 years ago. It is one of the most attractive Canarian volcanoes, both for its peak and for the caldera, as they are two natural units with a singularity that not only attract many visitors, but also scientists.

This is the most famous volcano in Tenerife, but it is not the only one we can find on the island. Its 3,178 meters high make it the highest mountain in Spain and the third highest volcano in the world. However, its attraction also lies in the biodiversity of its ecosystem, making the climb to the top a real experience.

The group formed by Teide-Pico Viejo is the last great volcanic formation of the island of Tenerife and the last part that was formed from the Caldera de las Cañadas del Teide. Its last eruption dates from 1798.

Among the volcanoes in the Canary Islands The Teneguía It has the privilege of being the last great volcano to erupt in 1971. It has an altitude of 439 metres above sea level and is located at the southern end of the Cumbre Vieja on the island of La Palma.

Its eruption buried a large area under a huge lava layer, being one of the volcanoes of the Canary Islands that gained ground to the sea, forming lava deltas that made the size of the island grow.
Since then, both the volcano, named Teneguia after a nearby rock, and La Palma became another tourist attraction of the Canary Islands.

The Caldera de Taburiente is considered a natural wonder of the island of La Palma. In fact, it was catalogued as a Biosphere Reserve by UNESCO. Thus, it’s no surprise that it is one of the island’s major tourist attractions.

This enormous 8-kilometre in diameter crater, that was formed from solid lava that was later converted into basaltic rocks, has an approximate height difference of 2,000 metres. It’s currently part of the Caldera de Taburiente National Park, along the Roque de los Muchachos and La Cumbrecita.

On October 10, 2011, an underwater volcanic eruption –that had been in the making for some months– took place, which came to a definitive end in March 2012.

The importance of this eruption lies in the remodeling of more than 9 square kilometers of seabed, creating new habitats, forms of life, eliminating others and also affecting all environmental conditions of the area, having to vacate places like La Restinga.

All of this meant that many people, attracted by the idea of seeing a live volcanic eruption, crowded onto the smallest island in the archipelago so as not to miss this event.

Active volcanoes in the Canary Islands

The Canary Islands have always had a high level of volcanic activity, both underwater and on land. Indeed, there are several active volcanoes in the Canaries that are being studied by scientists.

Regarding this, we have highlighted some of them such as Teide, that has been speculated of a possible eruption in the coming years due to its high activity. The underwater volcano of El Hierro is also active, as the last eruption happened in 2012. It is studied and monitored closely.

Another volcano that has been very active in recent years is Cumbre Vieja in La Palma. Due to its high volcanic activity, it is one of the Canarian volcanoes that has caused numerous seismic movements.

The Canary Islands have always suffer volcanoes and their activity. Talking about their formation is talking about volcanism and seismic movements caused by that activity which takes place in their interior or underwater.

Countless eruptions have gradually shaped the islands throughout the centuries. In some cases such as the Teneguía or the submarine volcano in El Hierro, land has been gained to the sea.

In short, getting to know the volcanoes in the Canary Islands means learning about the history of the formation of this small paradisiacal archipelago, which have an overwhelming biodiversity and a magnificent climate, making them worthy of the name of Fortunate Islands.