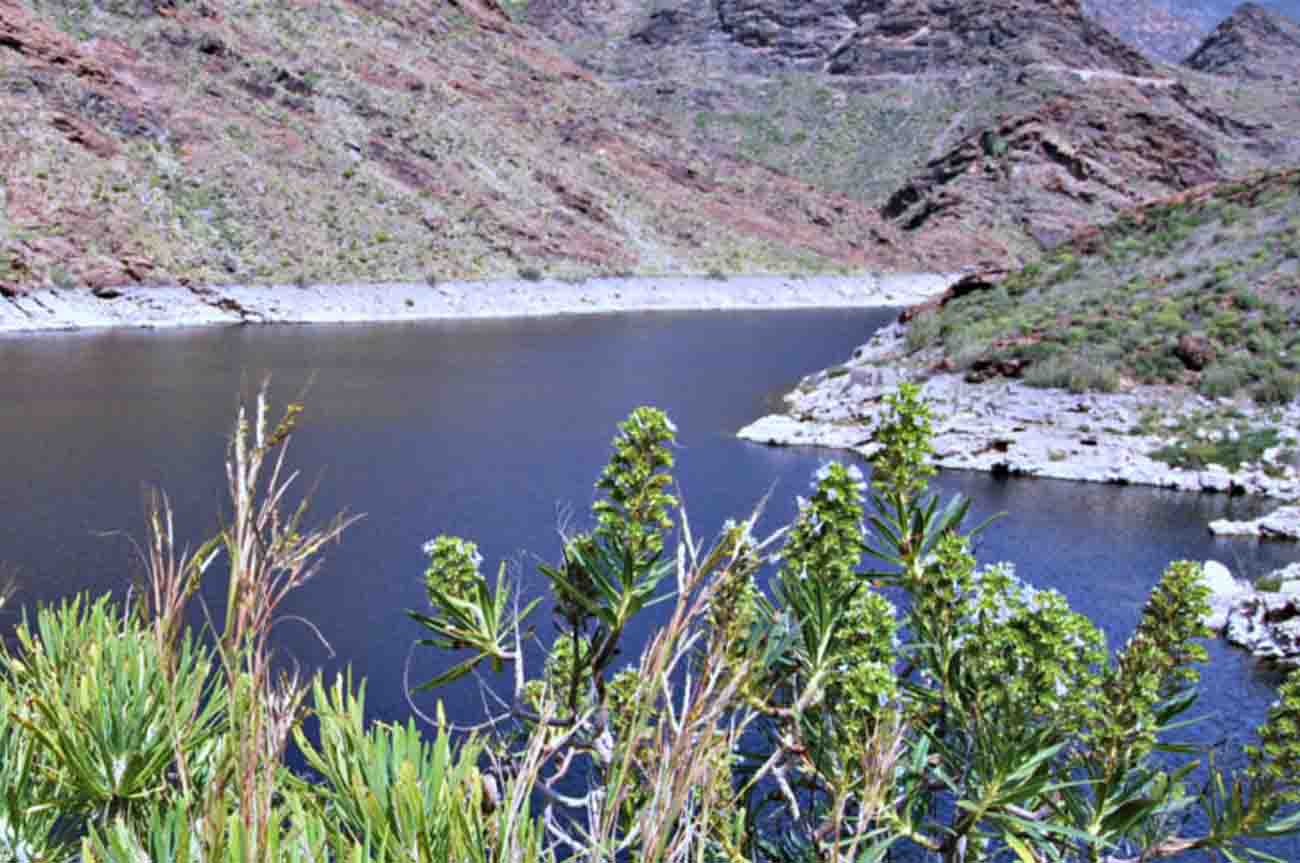 What with the eternal-spring temperatures, Canarians are an active bunch. Yet walk along a hiking route on the island and you could well have it all for yourself. As yet, Gran Canaria is a bit of a hidden gem for trekkers. Let us share the island’s secrets. Some of these tracks are suitable for absolute beginners whilst others require the expert footwork of the more experienced walker. In no particular order, here are the best hikes on the island.

It might be a short-haul version of the Galician classic, but the local authorities on the island have turned this pilgrims’ route into a proper three-dayer. Traditionally, progress was made along Gran Canaria’s St. James’ Way between San Bartolomé de Tirajana (aka Tunte) and Gáldar. Connecting the two Iglesias de Santiago, the parish churches dedicated to the patron saint the municipalities have in common.
So what was a near-55km hike has become 75km. As the trek now begins in the sands of Maspalomas. You’ll pass various microclimates on your walk, so remember to pack various layers to add and remove accordingly.

This route takes you from the west of the island and La Aldea de San Nicolás to Gran Canaria’s highest municipality, Artenara. You would be forgiven for wondering whilst wandering when you’re going to go off road after leaving La Aldea. But, as you’ll eventually discover, this is one hike you’ll have to share with motorists as you are in fact trekking along the 32km which make up the GC-210.
This quiet, to the point of somnabulent, road never holds enough traffic to make a jam however. Presas are dams, and you’ll pass first the Presa Caidero de La Niña before arriving at the Presa del Parralillo with its knockout views of island treasure Roque Nublo above. Before reaching Presa del Candelaria which you’ll look down upon literally but up to figuratively.

Local families living in the Telde and Valsequillo municipalities love making this gentle hike along Kestrel Ravine, particulary of a weekend. So, aim to arrive early if you want to beat the crowds. A well-covered route, thanks to the willows inside the Reserva Especial de Los Marteles, many cool down further at the waterfall at the end of the path.
Best reached by car, park your vehicle in Lomo Magullo’s Los Arenales. There is also a bus service from Telde’s San Gregorio to Lomo Magullo. Allow four hours (two hours to the waterfall and two hours back) for this hike.

The mountain air isn’t the only sweet thing about this 22-km hike. Especially as the hamlet San Pedro, where the trail begins, is home to plantations producing chocolate-tasting coffee which you can try and, indeed, buy. Then there’s the refreshing scent from the pine trees growing in Gran Canaria’s largest nature reserve.
The higher you go, the better the views of Agaete and its port, Puerto de Las Nieves become. A circular trek, look for the sign which reads Camino El Valle-Tamadaba. Later, you’ll reach El Hornillo where locals still live in cave houses, a tradition dating back to before the Spanish conquered the island in the 15th century.

Use Global’s bus service if you’re planning on doing this 210-minute hike, beginning and ending at Las Palmas de Gran Canaria’s San Telmo bus station. First catch the 201 to Firgas, one of the island’s biggest mineral-water producers, before heading down to San Andrés on the north coast via the ruins of an old spa hotel. Here, you can pick up buses travelling from the likes of Agaete and Gáldar.

There are only two ways to reach the out-of-the-way beaches of GüiGüi on the island’s west coast: by boat or by foot. Experienced hikers will appreciate the challenges thrown up by the mega trek from the start in La Aldea de San Nicolás. For a lighter-on-your-sole walk, make Tasartico your starting point which will cut your journey down to a three-hour round trip.

Stock up on nibbles such as almonds (you are in Tejeda, home to the Blossoming Almond festivals after all) and cheese at the stall in La Goleta car park. Before embarking on one of Gran Canaria’s most family-friendly walks. The path which can get narrow at times, especially as the concept of single file doesn’t appear to exist on the island, leads all the way to emblematic Clouded Rock.

This beautiful ravine divides the municipalities of Ingenio and Telde. It’s a popular place for picnics. Although the Tagoror cave restaurant is another option to consider on the refuelling front.

Most people made a quick stop at the GC-200’s El Risco for a coffee break on their way from Agaete to La Aldea de San Nicolás, or vice versa. But this area deserves a longer linger. Especially if you want to discover the delights of the Blue Lagoon, easily reached on foot from upper El Risco, whose water levels are higher in winter than summer.

Allow just over an hour to negotiate a path through the Barranco de Laurel. Don’t let the name of this 91.5 hectares of fantastic flora fool you. As you’ll also encounter eucalyptus trees on a hike that’s a treat for all your senses.
Fauna to look out for on your trek include the Alpispa bird. These colourful characters always seem to be on the move. Indeed, this is the nickname Canarian parents give to particularly restless offspring.

If you’ve already been to Gran Canaria what’s your favourite hike of our top 10? If you haven’t yet visited the island, which one tempts you most? Always pack plenty of water and sunscreen when preparing for a trek. And don’t forget to bring your camera; in order to take some super snaps on your Gran Canaria holiday. Happy hiking, guys.
Did you like this article? Share it!
PreviousNext