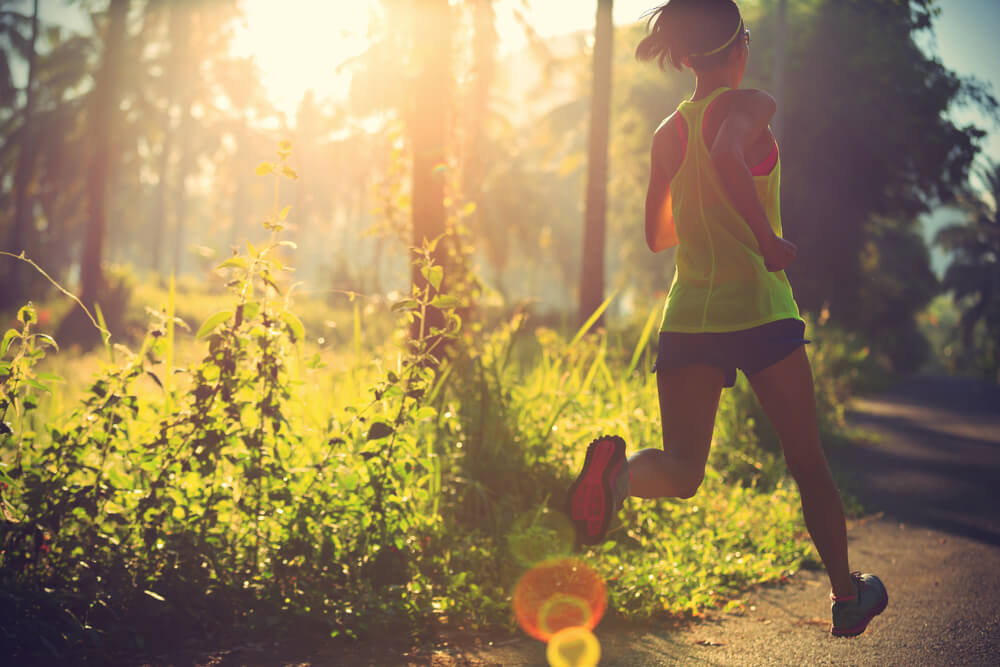 In recent years, trail running in Gran Canaria has become one of the most practised running modalities. You’re probably wondering why people come to Gran Canaria to run, but when you finish reading this article you’ll discover why…

Indeed, Gran Canaria is also known as the ‘miniature continent’ by its diversity of landscapes. Knowing this, it’s no surprise that here you can find amazing golden sand beaches near stunning ravines with lush pine forests!

The former are ideal for those who really enjoy the typical holiday in beaches such as Maspalomas, Playa del Inglés or Puerto Rico, as Gran Canaria enjoys more than 300 days of sunshine a year with an average temperature of 21ºC.

But the latter is perfect for everyone that really likes the other side of this touristic destination. In fact, the island has lots of hidden paths known as caminos reales that hiking lovers usually use.

In addition, if you prefer more velocity… Gran Canaria is home to many trails running routes that are a real challenge for all runners. Thus, would you like to discover the most important trail running events held annually in Gran Canaria?

If your answer is positive, don’t forget to bring your trail running shoes and clothes and be warned to get some sunscreen because the almighty Sun is always shining in Gran Canaria. Let’s get started!

As we’ve said, Gran Canaria is a true paradise for trail runners. Due to its rough orography, the island has countless ravines. So regardless of whether you’re in the north of Gran Canaria or in the southern part, you’ll find great spots for trail running.

The importance of Gran Canaria in the trail running world is very clear, specially for the many events held on the island. For instance, the Transgrancanaria is probably on of the most difficult trail races in the world, with the longest being... 128 km and 262 km! 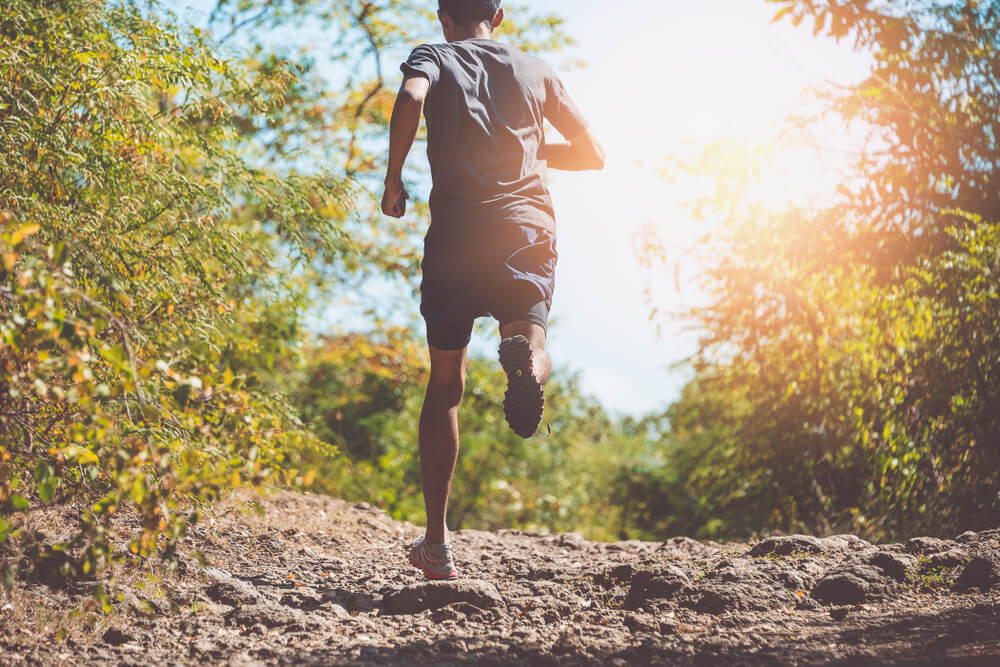 One of the most beautiful trail running routes in Gran Canaria runs through the municipalities of Firgas and Moya, being the Azuaje Ravine the central point of this route. This spectacular route will make you feel you’re in another continent.

The town of Firgas is the starting point of this wonderful route. We’ll begin walking on the pavement until getting to the entrance of the Azuaje Ravine. The descent to the coast of Moya starts here, passing through a truly lush area.

Then, the ascent is made along the same route to the town of Firgas. Here you’ll find the historical (now abandoned) Azuaje Spa, that many people use for their photo sessions. Be warned that there is also a part where you can show your rappelling skills!

Trail running in Gran Canaria also offers the magnificent Moya Circular Route. With 24 km length, it’s one of the most popular trail running routes of the island. It starts in the historical centre of the town of Moya, and then ascends to the little village of Fontanales.

From there, we begin the descent through the Los Tilos de Moya forest. This is an spectacular laurel forest that reminds of another era when dinosaurs live! As this is a circular route with a cumulative elevation gain of just 400 metres, its final will be the town of Moya.

Many local trail runners know this beautiful route in northern Gran Canaria. With a cumulative elevation gain of 900 metres and a total length of 20 km, through the northern municipality of Arucas.

Starting in Arucas’ city centre, we ascend to the Pico del Rayo peak and its 1-km length. It’s important to know that it has a medium-high difficulty, so if you’re a beginner don’t try this route. The descent is made along the same path.

Gran Canaria officially has one of the most beautiful villages in Spain where the stunning Tejeda Circular Route is held. This 12-kilometre circular route starts in the centre, being its first ‘check point’ the Cruz de Tejeda after a 3-kilometre ascent.

This important spot for trail running in Gran Canaria is followed by a the Degollada de la Becerra and its amazing viewpoint and finally getting back to Tejeda. This medium-difficulty circular route has a cumulative elevation gain of 500 metres.

Our final route starts in the top of the island and finish in one of the most iconic spots in Gran Canaria. It’s a long route, so it’s aimed at experienced trail runners. That’s why is also part of the Transgrancanaria route.

The route pass through many places such as the Roque Nublo, the town of Tunte, and the Ayagaures Ravine, among others. Bear in mind that it has a cumulative elevation gain of 1,144 metres. The contrast between the lush ravines and the sandy beaches is incredible! 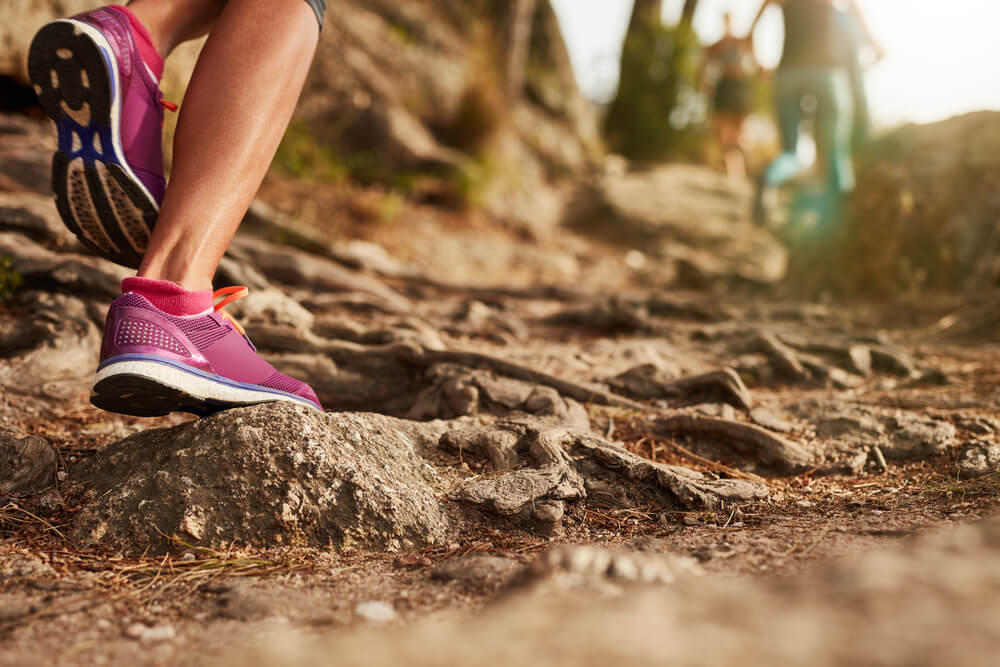 Why Gran Canaria is so important for trail runners?

Apart from the endless trail running routes along the island that trail runners can enjoy whenever they want, Gran Canaria is also home of many trail running events that attract plenty of international runners.

Events like the previously mentioned Transgrancanaria, the Pilancones Tunte Trail, the Traíña Trail or the Tamadaba Trail are just a few number of races that usually count with hundreds of participants.

In short, if you’re a trail runner and want to test yourself by taking part in one of the hardest events in the world, don’t miss the opportunity of discovering trail running in Gran Canaria anytime of the year.
Did you like this article? Share it!
PreviousNext