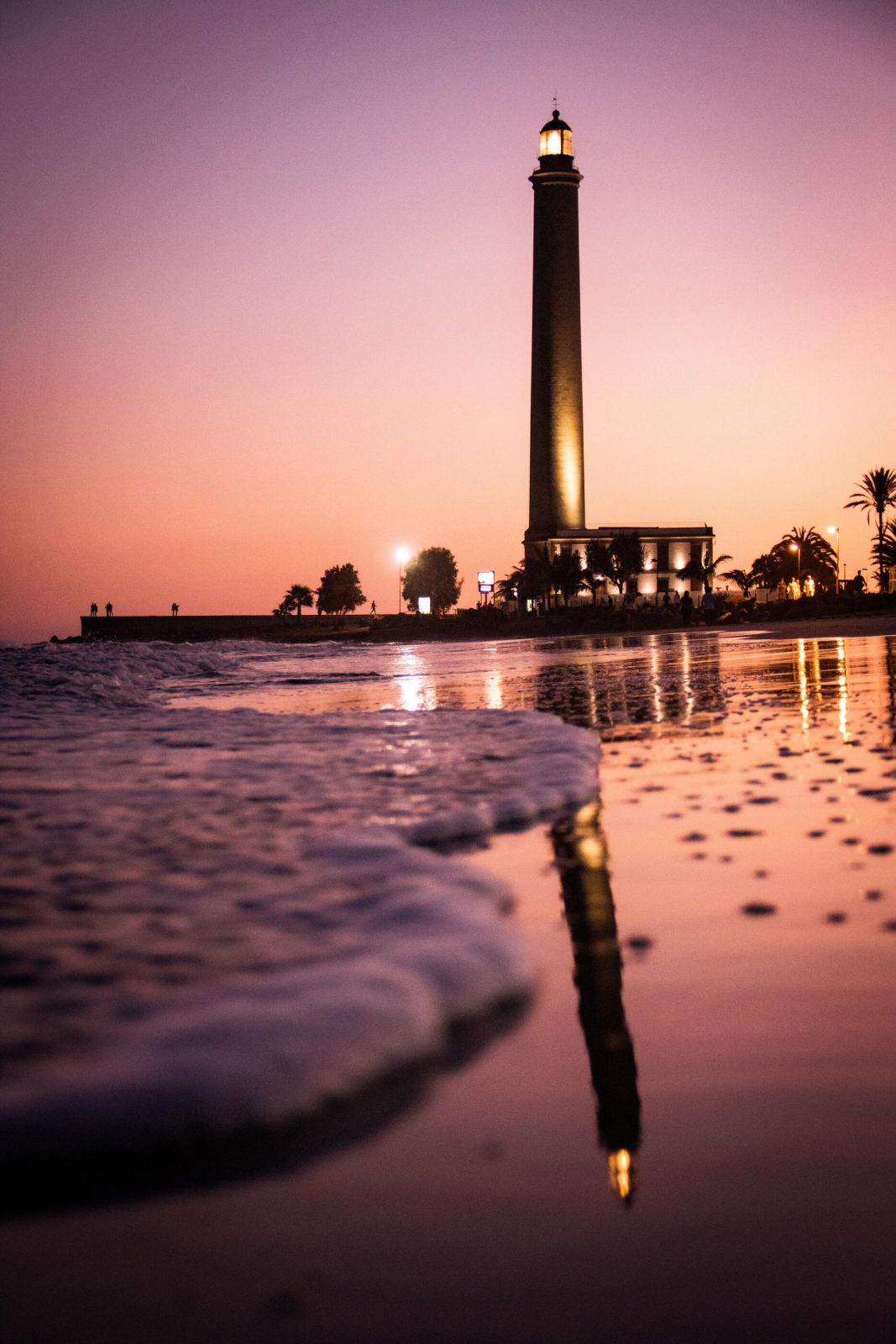 Lighthouses of Gran Canaria: a journey through history

Lighthouses have gone from being a fundamental element for navigation as an instrument to guide ships that arrived at our islands, to being another tourist attraction. Some of them are located in tourist centres, such as the Maspalomas Lighthouse.

Most of them are located in places that, in the past, were strategic. Anyone who visits the Canary Islands should visit these emblematic architectures and get to know its history and service.

With this new post, you’re going to discover the history behind these buildings that illuminate and mark the path of Gran Canaria. To do so, we’ve prepared a small itinerary so that you can visit them all.

The 5 best lighthouses in Gran Canaria

Gran Canaria has many historical monuments scattered all over the island. From churches, small convents, to emblematic buildings, to an element that often remains in the background, the lighthouses.

One of the main missions of this post is to highlight the lighthouses as tourist elements that promote knowledge of a part of the island's history that few people know about.

Here’s a list of the 5 best lighthouses in Gran Canaria.

Perhaps the lighthouse with the most history and importance, not only in Gran Canaria, but in the whole of the Canary Islands.

The Maspalomas Lighthouse was built in 1890 and was a true work of engineering for its time. It was declared an Asset of Cultural Interest by the Government of the Canary Islands.

It’s located to the west of the Special Nature Reserve of the Maspalomas Dunes, a set of ecosystems protected by law since 1987.

This lighthouse located in the southern municipality of Agüimes is another of the lighthouses that illuminate the island. To be precise, it isn’t the first one to be built on this promontory.

The first lighthouse built in the area dates from the mid-19th century and was the work of Juan León y Castillo. In the 1980s, it seemed to be a good idea to build a new lighthouse, which would be located just a few metres away from the previous one, in order to improve accessibility.

Today it’s an environment that mixes history with gastronomy, as at its base you’ll find the Faro de Arinaga restaurant where you can taste the best typical Canarian dishes.

Another of the great lighthouses in the south of the island. The Taliarte Lighthouse, known by the locals as Punta de Melenara, was built in 1992 and is a contemporary lighthouse on a promontory located between Playa del Hombre and Melenara.

In its surroundings, you can enjoy one of the most famous and best kept beaches on the island, Playa de Melenara. For diving and water sports lovers there’s Playa del Hombre.

We move to the north of the island to the municipality of Gáldar. Here, in the small coastal town, we find another emblematic lighthouse, the Faro de Sardina in Gran Canaria, built in 1890 and remodelled in 1984.

It’s located in the middle of the triangle formed by the Mogán lighthouse, situated on Punta del Castillete, and the Isleta lighthouse in Las Palmas de Gran Canaria, which served as a guide for all those ships that sailed in the area.

It’s located in an area where the coast becomes wild, the wind blows strongly, and the waves beat the salty rocks. It’s undoubtedly a beautiful sight to behold with the lighthouse in the background.

The Faro de la Isleta lighthouse, also known as the Faro del Puerto, has been in operation since the 19th century. It was built on the rocky and extensive peninsula of the islet. Its location, at the top of the hill, makes it a real colossus, with a focal height of 249 metres above sea level.

It was the first lighthouse to be built thanks to the Canary Islands' maritime lighting plan, and is the oldest in Gran Canaria. From its base, you can enjoy incredible views of Las Canteras Beach.

This is the end of our particular review of the most important lighthouses in Gran Canaria. Each one of them has witnessed a thousand and one stories, of shipwrecks, boats arriving at the port and, above all, they’ve witnessed the growth of the island until it became what it’s today.

In short, if you’re on holiday in Gran Canaria, don't hesitate to take this small itinerary that we’ve prepared for you.