Holidayworld Maspalomas: fun for everyone

Leisure and fun are guaranteed in Gran Canaria. The island lives mainly from a rich and wide variety of activities, both natural such as the beach or hiking, as well as cultural with visits to museums and archaeological parks and, on the other hand, the amusement parks such as Holidayworld Maspalomas.

Moreover, it’s located in a privileged environment, in the heart of the tourist area of the island, where the mild climate and the hours of sunshine a day, means that it can be open 365 days a year without any problem, unlike what happens with other amusement parks on the mainland because of the cold.

Today we want you to know a little more about this amusement park, where it’s located, how to get there, its opening hours, prices, where to get tickets and, above all, which are the best attractions to enjoy a day filled with excitement.

Holidayworld Maspalomas: how to get there, prices and opening times

Holidayworld Maspalomas is located in the main tourist enclave of Maspalomas, very close to emblematic places such as La Charca or the Maspalomas Lighthouse.

To get there by car from Las Palmas de Gran Canaria, you can take the GC-1 towards Playa del Inglés and take exit number 46, which will take you directly to Holidayworld Maspalomas.

If, on the other hand, you prefer to go by bus, you can take bus number 30 from Parque San Telmo in Las Palmas, getting off at the bus stop in the Koala urbanization, just 300 metres from the amusement park.

The opening hours of Holidayworld Maspalomas vary according to its zones. As a general rule, its attractions, escape room and bowling areas are usually open from 17:00 in the afternoon until 23:00 on school days, and between 00:00 and 02:00 on Fridays, Saturdays and the eve of public holidays.

Tickets can be purchased on the park's website. Please note that there’s a different entrance ticket for the amusement park area, the escape room and the bowling alley.

It’s also important to know that the price of tickets may vary depending on whether you’re a resident or not, and for adults and children.

Next, we’re going to make a brief review of the 5 best attractions that Holidayworld Maspalomas has. You shouldn’t miss them, if you’re coming to the amusement park!

The Big Wheel is undoubtedly the attraction with the largest number of visitors and the one that symbolizes the essence of the place.

It’s an attraction for the whole family to enjoy spectacular views of the surrounding area, the Maspalomas Lighthouse and the Dunes.

But, when the Big wheel stands out the most is at night with its illumination, filling the entire park with colour and giving it an extra bonus.

If you want to start feeling adrenaline, with a touch of simplicity, after a pleasant ride on the Big Wheel, the Pirate Ship is your attraction.

It has never been so much fun to command a Pirate Ship, and you’ll be able to feel all the adrenaline and gravity with its balance. It’s an attraction that, together with the Big wheel, kicked off the opening of the park.

Do you still want to feel more adrenaline and strong emotions? If you haven't had enough with the Pirate Ship, the best thing to do is to go on the Roller Coaster.

This attraction is in charge of providing strong emotions and vertigo. The Roller Coaster has always been associated with travelling fairs and, thanks to Holidayworld Maspalomas, it has been installed definitively and has become a point of reference.

For all those who aren’t too keen on strong emotions and adrenaline, the Escape Room is an ideal activity for groups and a lot of fun.

The park has made a strong commitment to this type of attraction as part of its expansion and renovation plan, consolidating itself as a different way to feel the adrenaline rush by trying to escape from a room with your group of friends or family.

An attraction that has been a real novelty and that has consolidated as one of the most demanded.

It’s the largest Bowling Alley in the Canary Islands, with more than 16 lanes, and the only professional one. The offer is complemented by its bar-restaurant to offer you a day full of excitement and fun.

Holidayworld Maspalomas has come to reinforce the leisure offer already available in the south of the island, and more specifically in Maspalomas.

After its complete remodelling in 2019, it has become the best option to enjoy all the activities that an amusement park has to offer, adding other elements that have been well received by the public, such as the escape room or the bowling alley.

In addition, we must mention Holidayworld Maspalomas' personal commitment to gastronomy, with the opening of the Nomad Gastro Market at the top of the park, where the most popular cuisines in the world come together.

In conclusion, if you’re going to spend a few days in Gran Canaria and want to enjoy the best leisure activities on the island, be sure to visit Holidayworld Maspalomas and enjoy a day full of emotions and adrenaline in the company of family and friends. 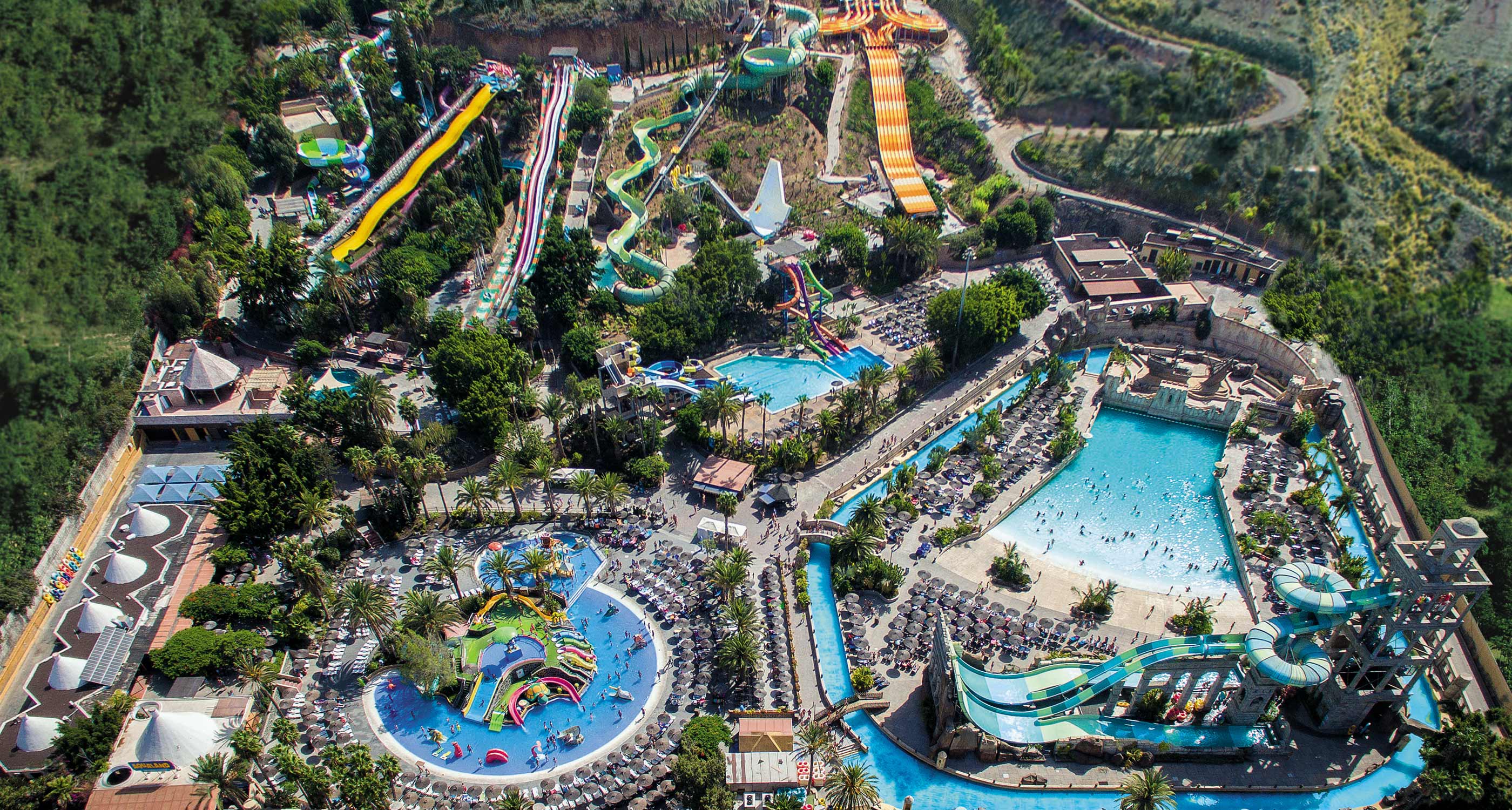 Get to know the most important water park in Gran Canaria.