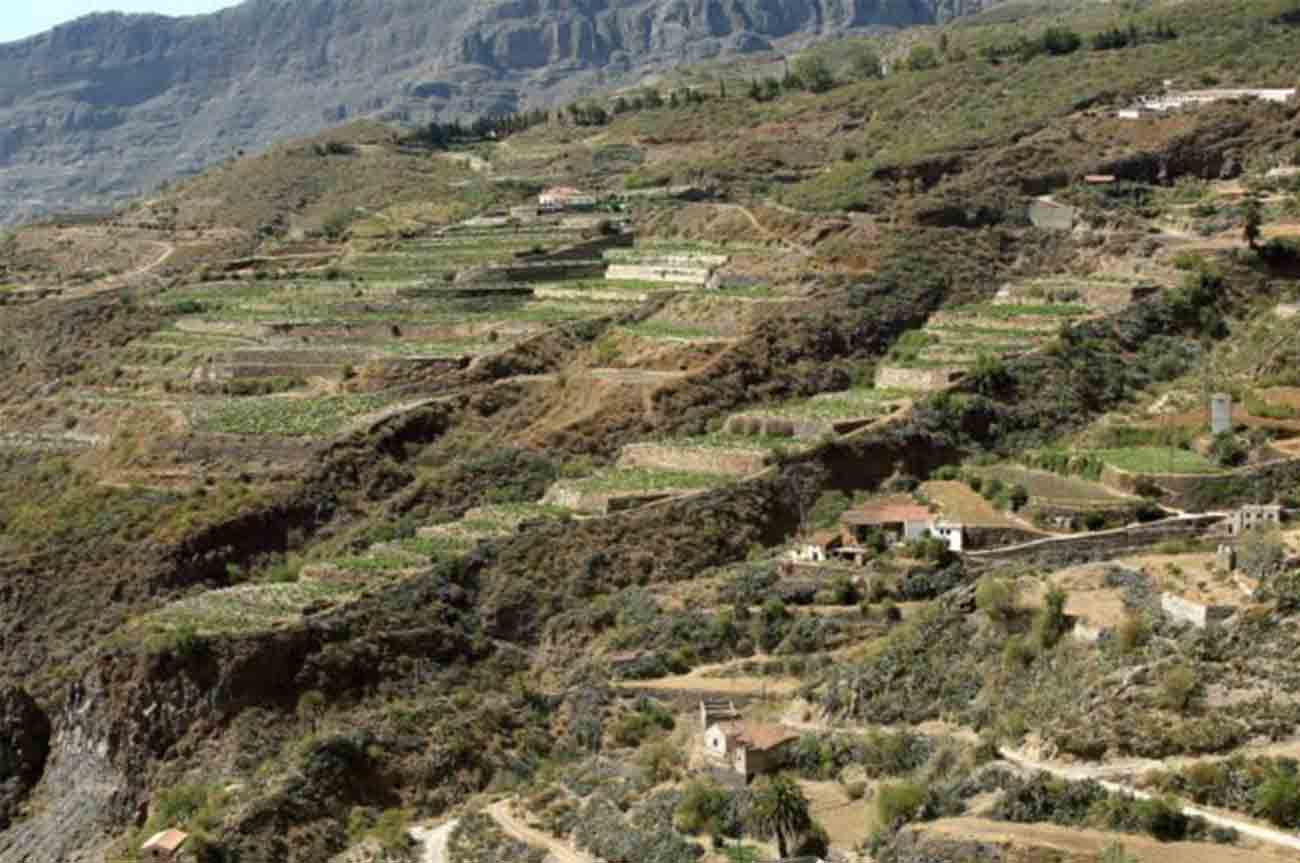 Whilst Lanzarote, whose volcanic La Geria has to be seen to be believed, and Tenerife are more famous for their wines, Gran Canaria vineyards have quite some vintage. Every restaurant will include a local wine on their list. But if you want to sample them at source, you're going to need to set up a bodega visit.

You'll find the majority of the 60 vineyards on the island in the north east, between Santa Brígida and Las Palmas de Gran Canaria. However, there are vines grown further south and, indeed, west. Here, in no particular order of preference, are our top 10.

Bodegas Bentayga is in the middle of the island, in Tejeda. A place legendary Spanish writer and philosopher described as a "tremendous petrified storm, a storm of fire rather than water." So, as far, as settings go, they don't get much more spectacular for a vineyard.

If you want a guided tour of this winery's 12 hectares, contact them in advance. The grapes grown here are used to make the Agala brand of flowery whites and punchy reds. Allow 90 minutes if travelling from Maspalomas and an hour if your starting point's Las Palmas de Gran Canaria.

A visit to San Pedro's Finca La Laja in the grow-anything Valle de Agaete in the north west of the island offers a treat for your tastebuds. As well as sampling wine, you'll be able to feast on tropical fruit. And not let's forget the chocolate-tasting coffee brewed from cherries flourishing in the world's most northerly plantation.

Take the GC-2 from Las Palmas de Gran Canaria and you'll reach Bodega Los Berrazales in around half an hour. The road doesn't go much further than this vineyard, so it's not easy to get lost. Although, you'll find yourself surrendering to your surroundings readily enough.

Overlooking the dramatic Caldera de Bandama, you can combine winetasting and a hike at this Las Palmas de Gran Canaria winery. They've been producing wine for decades at Bodega Hoyos de Bandama. Although some of the buildings date further back, as in a couple of centuries.

Juan Manuel Cruz has been tending the vines of this Los Hoyos bodega for more than 20 years although it's his half-English daughter Tamara, in charge of Bodegas Mondalón's marketing, who is more likely to show you around. There are regular bus services from Las Palmas de Gran Canaria to this winery sandwiched between Marzagán and Tafira Alta. The vineyard's prize-winning wines can be sampled at the island's more discerning restaurants.

Bodegas Plaza Pérdida is located on the edge of three municipalities, Las Palmas de Gran Canaria, Santa Brígida, and Telde. The Robaina León family have been producing wine here since the 1920s, although the vineyard, where you can still see the ancient trough where vineyard workers used to wash their feet before crushing grapes with them, is much older. Their three hectares are situated in one of Gran Canaria's premier wine areas, that of Monte Lentiscal.

Unlike at some of the other vineyards on our list, there's no entry fee to pay at this San Bartolomé de Tirajana (Tunte) winery. You're free to drop by without appointment too at Bodega Las Tirajanas. Any time from 10:00am to 4:00pm Monday to Friday and between the hours of 10:00am and 2:00pm Saturdays and Sundays.

You can sample and buy white, red, and rosé wines at this centrally-situated bodega. However, their dry whites are the ones which they are most celebrated for. You can also buy locally-produced olive oil from the on-site shop.

Bodega Vega de Gáldar is part of a revival of viniculture in the north west of the island. Along with Los Berrazales, they've returned to a lost art that had seen vines grown for over 300 years before the cash crops of bananas and tomatoes took over. Co-owner Amable Rodríguez Castillo converted an old farmhouse and stable belonging to his family in 2001, to reestablish vine growing in the fertile lands of La Viña along with artist Cristóbal Guerra Molina.

Other members of the Vega de Gáldar team include enologist Luís Delfin Molina Roldán and Guerra Molina's daughter, Nubia Guerra Angulo, who lends her Christian name to one of the bodega's wines. Meanwhile, the organic El Convento takes it title from the fact its vineyard is sited on a terrace which used to belong to the ancient Franciscan San Antonio de Padua convent.

What Santa Brígida's Bodega La Higuera Mayor lacks in quantity of wine, it makes up for in quantity. It's small-scale growth of grapes is still picked by hand and results in 15,000 litres of red wine annually. Grape varieties include Listán Negro, Castellana, Tintilla, and Negramol, which are fairly typical on the Canary Islands.

Back in the 20th century, Bodega Los Lirios was known as Bodega de los Naranjo after its then owner. But current proprietor Carlos Díaz combines the cutting-edge technology of the 21st century with the original buildings of a stereotpyical Canarian winery. His reds are aged for two years in French oak barrels and harvest tends to start on the 8th September, as tradition decrees, which is the Fiesta del Pino (the celebration held to recognise the island's patron saint).

More than just a winery, Bodega La Montaña also houses a small restaurant that's open only on Fridays, Saturdays, and Sundays. Here you can drink their wine accompanied by traditional Canarian food such as papas arrugadas con mojo (boiled salty new potatoes and spicy sauce). The Marrero family have come a long way since opening their bodega back in 1984 where their crop yielded a mere four boxes of grapes which were then pulped in a bathtub.
Did you like this article? Share it!
PreviousNext