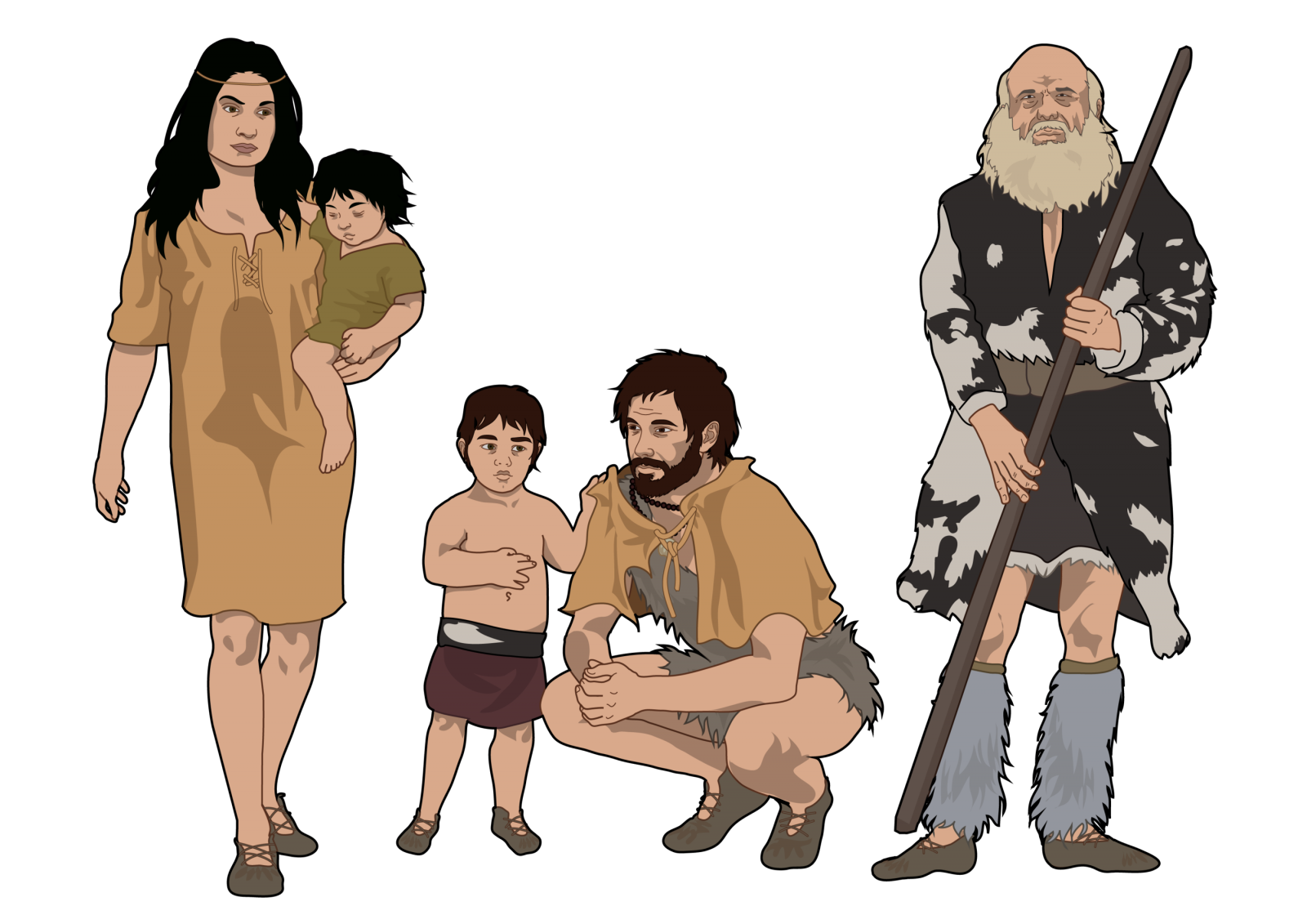 The Guanches were a people who lived in the Canary Islands until the archipelago was officially conquered by the Castilians in 1496.

Although the ancient Canarians had common roots, each island had its own laws and customs, which led to regular clashes.

But... Who were they, where did they come from, what language did they speak, what did they believe in? All these questions, and more, will be answered in this article.

They are the only people who lived in the Macaronesia region, which also includes the archipelagos of Azores, Madeira and Cape Verde, where no evidence of cultures prior to the arrival of Europeans has been found.

It is estimated that the original inhabitants arrived on the islands around the 5th century BC, so for almost two millennia they lived in isolation, developing their own culture and way of life.

The first indigenous Canarians were Berber tribes who came from North Africa. Although the causes are not clear, the main hypothesis is that it was due to the expansion of other civilisations in the Maghreb (Phoenicians, Punics, Romans, etc.).

These peoples have been physically classified into two groups: the Cro-Magnoids, with a broad, robust face and smaller body size, and the Mediterranoids, with a thinner, straighter face and larger stature.

It is known that their arrival caused the extinction of some large island reptiles and mammals, such as the giant lizard Gallotia goliath (which could reach up to a metre or more), the Canariomys bravoi (giant rat of Tenerife) or the Canariomys tamarani (giant rat of Gran Canaria), among others.

Names of the aborigines of the Canary Islands

Although they are popularly known as Guanches, it should be borne in mind that this term only refers to the ancient inhabitants of Tenerife. Nowadays, the correct name is aboriginal Canary Islanders, and for each island in particular it is as follows:

Early Canarian society was patriarchal and matrilineal, and was categorised into strata defined by wealth, especially in terms of livestock. Each island was subdivided into territories whose king was the guanarteme or mencey.

Although the class system was also different on each island, it can be summarised by the categories of nobility and people. Purity of blood among high-ranking nobles was total, and to become a chief you had to prove your purity.

It is believed that the kings owned most of the livestock, as well as the quarries for the extraction of raw materials (the pintaderas were used for this purpose). To maintain this hierarchy, which depended on the service of others, their children were taught stories defining social inequalities, the origin of which was divine.

Justice was given in the public square or tagoror by a group of notables, and according to early visitors to the islands, was excessively harsh.

Evidence of female infanticide and polyandry has been found on several islands, which has been interpreted as a cultural adaptation to resource scarcity in the form of population control.

Religion of the ancient Canarians

The religious beliefs of the aborigines were closely linked to objects and phenomena related to nature. They worshipped the sun (god Magec) and the moon (god Achuguayo) and performed rituals to promote rain and fertile fields (Achamán, god of the sky and supreme god).

Some geographical elements such as mountains and rocks were considered sacred, as they were believed to be close to these gods and allowed contact with them, such as Roque Bentayga in Gran Canaria, Montaña de Tindaya in Fuerteventura, Roque Idafe in La Palma and Teide in Tenerife.

They also practised mummification, which consisted of removing the viscera from the body, washing it, drying it in the sun and filling it with natural substances to help preserve it. The body was then wrapped in skins and bound with strips of leather.

The rites were conducted by the faycán, a kind of priest-judge, who was assisted in certain celebrations by an institution of holy women called harimaguadas.

Technological and cultural development of the Guanches

With regard to their historical cataloguing, which is based on the technological development of the peoples, the ancient Canary Islanders were Neolithic peoples, as the islands lacked metals due to their volcanic origin.

However, these aboriginal peoples are characterised by an advanced cultural development, corresponding to a protohistoric cultural horizon and the result of the influence of the aforementioned civilisations.

There is also evidence of the existence of rock engravings in which alphabetic signs appear, identified as features of a Libyco-Berber script, as well as another form of writing that is difficult to classify, which has been called "Libyco-Canarian".

The indigenous societies of the archipelago oriented and astronomically aligned some sanctuaries and observation points, shrines, temples and even necropolises. The relationship between the rising and setting of the sun, the moon and some planets and stars with elements of the islands' landscape and with their orographic profile over the ocean allowed them to establish calendars, organise food-producing activities, social practices and their beliefs.

Unlike most ancient cultures that arose around isolated oceanic islands, no archaeological or documentary evidence of seafaring vessels or knowledge of navigation has been found in the Canary Islands.

The chronicles of the first Europeans to arrive on the islands record the fact that the settlers had completely lost knowledge of navigation, so that the different islands were isolated from each other for centuries, developing distinct cultural modes.

The ancient Canarians lived mainly in natural caves or volcanic tubes, although they also lived in stone shelters, huts and surface settlements, with evident differences in the type of habitat depending on the island.

For example, on Lanzarote the dwellings, which formed settlements, were generally made of dry stone and roofed with a false vault, following a construction scheme similar to that of the "deep houses" found in other areas of the Maghreb.

Meanwhile, on Gran Canaria there are both settlements of houses built on the surface, as can be seen in the Cueva Pintada in Gáldar, as well as cave dwellings, either natural or carved out of the stone. On the other islands, the most common habitat was the natural cave.

Economy and subsistence of the primitive Canarians

The aboriginal economy was based mainly on livestock farming, except in Gran Canaria where the development of agriculture was more important (proof of this is the Cenobio de Valerón). Due to the virtual non-existence of mammals native to the Canary Islands, the livestock available to the first islanders were transported from their areas of origin in North Africa and adapted to the environmental characteristics of the islands.

These consisted mainly of goats and a type of sheep with smooth skin and no wool, similar to the type of sheep that inhabited North Africa for millennia and whose descendants now live in the Sahel area.

The goat and sheep played a fundamental role in subsistence, and their meat, milk and butter were used, as well as their skins for clothing, their bones for an important bone industry, and their antlers.

Agriculture was basically cereal-based, with wheat and barley species being grown, as well as peas and other legumes. One of the main uses of cereals was the production of the traditional gofio.

Guanches survivors and their descendants

A recent study found that "the overall Canary Islands population has an aboriginal ancestry through the maternal line of 55.9%, while the European and sub-Saharan African components are 39.8% and 4.3%, respectively".

If the calculation is done separately for each island, the results are very different. The highest values of indigenous ancestry are found in La Gomera (55.5%) and La Palma (41.0%), while the lowest are in Tenerife (22.0%) and El Hierro (0.0%).

Whether they were clichés or legends of the time, the truth is that the Guanches were not so different from the Canary Islanders of today.