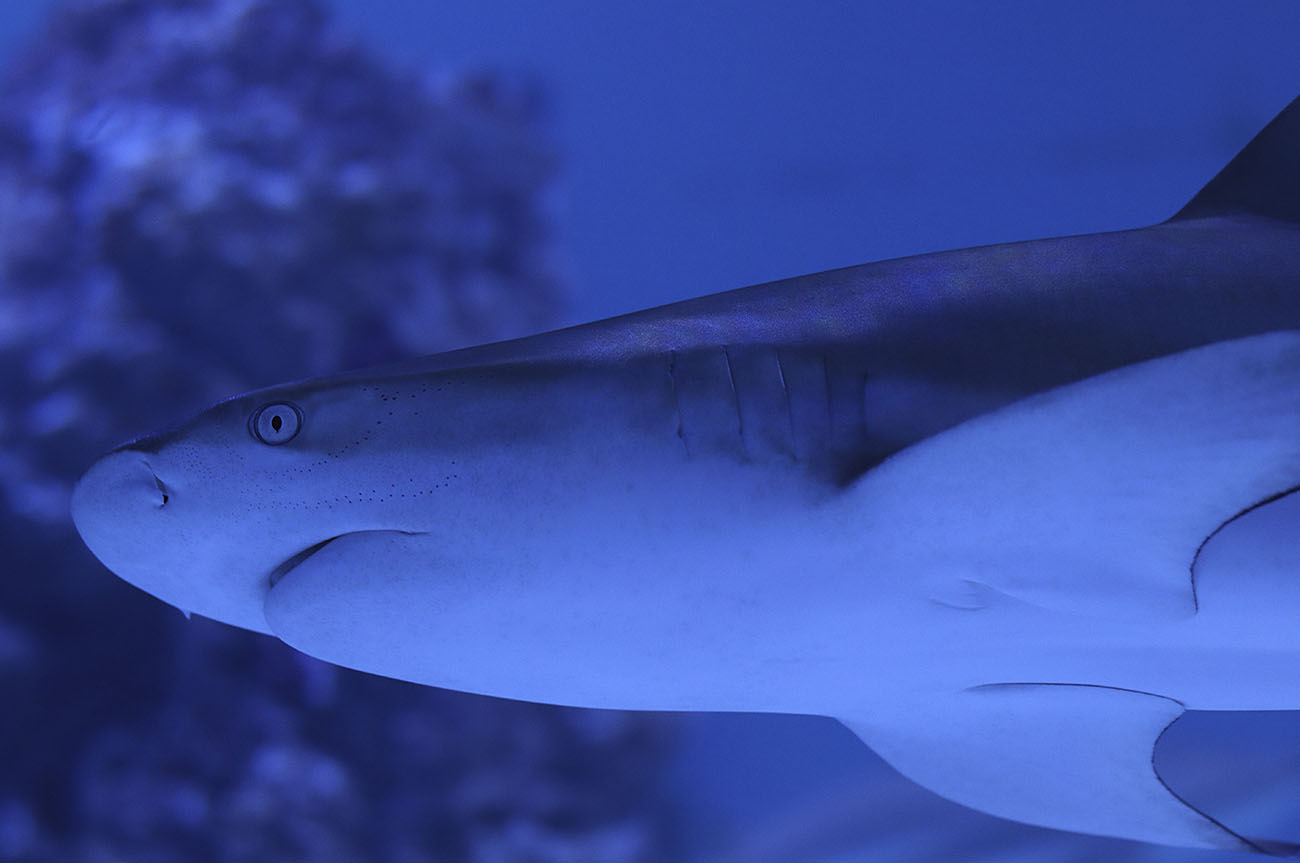 Are there sharks in Gran Canaria? Are they harmful or not?

When we go on holiday, we like to check everything out in order to enjoy a perfect stay. We get information about the place, the accommodation, the different activities to do and so on. When some people think about Gran Canaria and its wonderful beaches, they get wrong imagining that there are many dangers hidden in the water, but the question is… are there sharks in Gran Canaria?

We will unveil if they are harmful or not and the different species that you can find around the island.

Are sharks in Gran Canaria harmful?

Being honest, you should know that there has only been one small shark attack (non-fatal at all) on the East Coast of Gran Canaria, back in 2015. A small silky shark bit a woman while she was swimming in deep water at Arinaga Beach. Experts said that the shark was fish-eating and it probably got confused in the murky waters.

That is the only shark bite recorded in Gran Canaria. Don't you believe us?

Here you will find the shark attack data from Spain to prove that we are not lying. Furthermore, considering that millions of locals and tourists swim and bathe in our beaches day by day, year by year, you must admit that shark attacks in Gran Canaria are not a real problem.

In addition, you should know that the waters around Gran Canaria and the Canary Islands are a vital sanctuary for a great number of sharks and ray species. All these species are endangered by overfishing and, although they are attracted by the waters around the island, they hardly ever come close to our coasts and beaches.

For instance, Gran Canaria is one of the few places in the world with a healthy population of angel sharks, and they are not harmful at all. Many other threatened oceanic species, such as the blue or the hammerhead shark, come to the Canary Islands just to breed their hatchlings.

Other species, such as the blanket ray, live around the island throughout the year.

To sum up, we are quite sure that you won’t even see one. Moreover, we can state that if a diver can even sight a shark or another weird fish as a ray, he or she can consider him or herself quite lucky. Hence, we assure you that you don’t need to worry at all about sharks in Gran Canaria, because they are harmless! Down below, you will find a list of the most important species of sharks in Gran Canaria:

The different species of sharks in Gran Canaria

The Angel Shark looks like a ray because its body is flattened, but it is actually a shark. It normally lives on sandy bottoms not so far from the shore. These sharks used to be common all over Europe and the Mediterranean Sea. Nevertheless, intensive bottom trawling has diminished the population of angel sharks, but the Canary Islands are one of the few places where you can still find them in abundance.

There are two great places where you can sight an angel shark — Sardina del Norte in north-west and Taurito beach in the south of Gran Canaria.

Whale sharks are considered the biggest fish of the world. They are occasional visitors to Gran Canaria and local divers get very excited when they have the chance to see one. These sharks feed on plankton and they are completely harmless if you don’t get you get too close to their tails.

If there is a whale shark around Gran Canaria, every diver on the island will know about it. The whale sharks are also known as 'Ños Cacho Pez' by the inhabitants of Gran Canaria.

The hammerhead sharks have a very bad and absolutely undeserved reputation. They are considered man-eaters, and their global population has been diminished by overfishing. Hammerheads are actually fish-eaters, so then they are completely harmless to people.

Basking Shark is the second biggest fish in the world, and thankfully it is also harmless and it eats plankton. The Atlantic population of this huge fish — which measures 10 metres long approximately — migrates to the south in the winter to the waters around Madeira and the Canary Islands.

These sharks stay well offshore and they are seldom seen by people. Actually, until scientists tagged a few basking sharks a couple of years ago, we didn’t know that these kind of sharks spend the winter months around the Canary Islands every year.

If you want to see basking sharks in Gran Canaria, you would need to be sailing far away from the shoreline during the winter months and, apart from that, being very lucky.

The great white shark lives in the deep waters around the Canary Islands and Cape Verde islands. As they live in the deep waters, you don’t have to worry at all — they don't approach the shore because there are no penguins or seals that they can eat. Apparently, these sharks use the waters of Gran Canaria to breed their hatchlings. It is extremely weird to see them close to shore.

Shortfin Mako sharks are one of those potentially dangerous shark species to swimmers. Nevertheless, these sharks rarely get close to the coast in Gran Canaria. Moreover, most of the times they are seen, they are little ones. They are easy to distinguish thanks to their half-moon shaped dorsal fin and their point snout.

That’s all folks (for now)! We hope that you have enjoyed our post about sharks in Gran Canaria. Moreover, we hope that you don’t hesitate to enjoy your trip to the island and remember not to be afraid of sharks!

As you know, at Villa Gran Canaria we want you to enjoy the best experience during your stay in the island, so we invite you to read our blog and discover information about any topic that you may be interested in.

If you have any doubt, don’t hesitate to contact us!