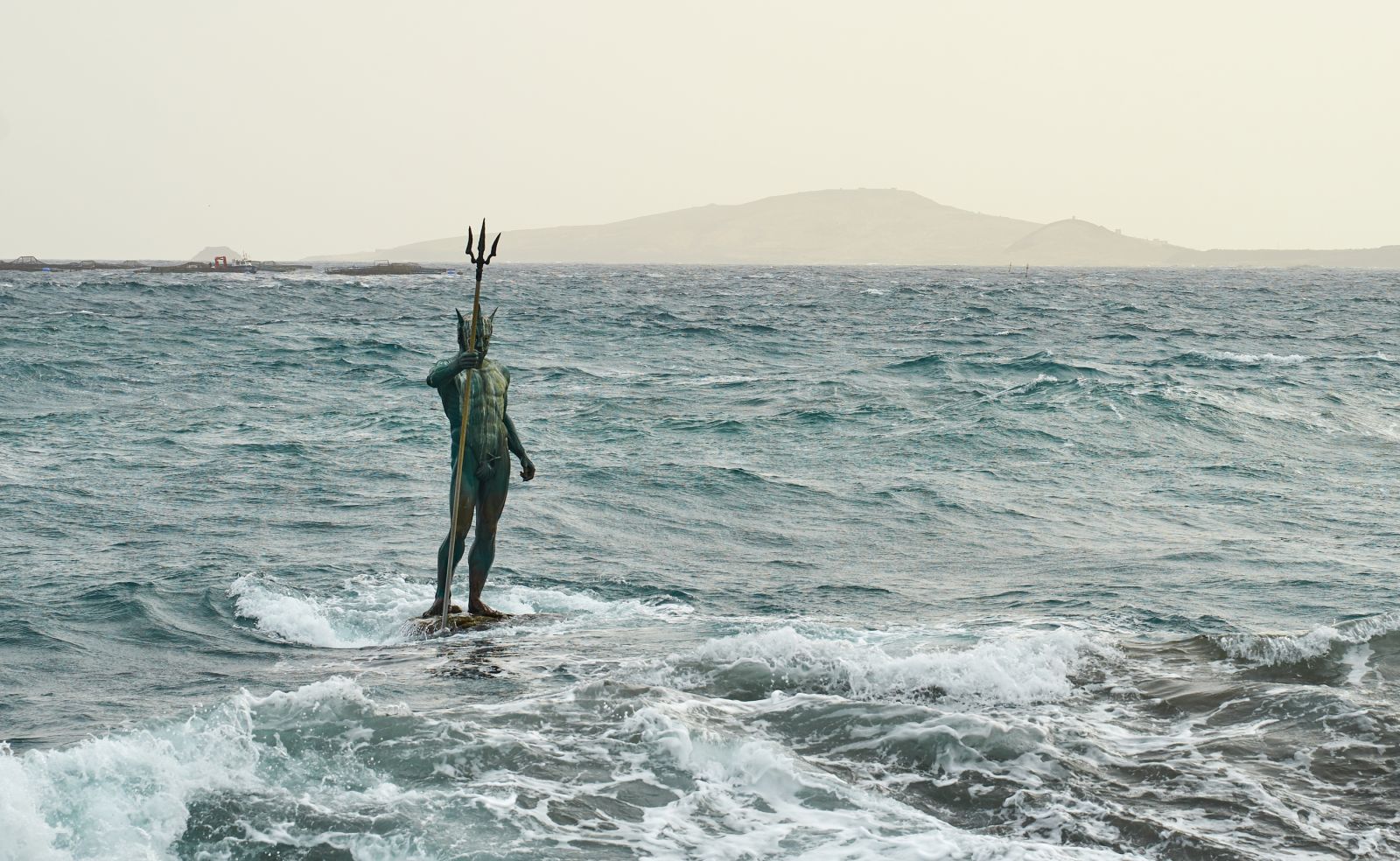 Melenara beach is one of the most popular beaches in Gran Canaria, especially for those inhabitants of the island's capital who don't want to go all the way down to the south of the island and decide to stay halfway to spend a pleasant day at the beach.

But Melenara is much more than just a beach: it’s a real paradise presided by Neptune, a bronze sculpture more than four metres high, ever vigilant like the eye of Sauron over Middle Earth.

Melenara is a 350 metres long and 30 metres wide beach with dark sand. It’s protected by stone guardians: two basaltic arms that escort and delimit it.

It’s a blue flag beach characterized by all the services and amenities it has to offer, such as a spa, a children's playground, parking areas, restaurants and shops.

Melenara (a name related to the town of Almenara in Castellón, possibly the place of origin of the Mallorcan expedition that landed on this beach in 1344) is located on the coast of the municipality of Telde, in the east of the island of Gran Canaria, around 16 kilometres from Las Palmas de Gran Canaria and 42 kilometres from Maspalomas.

How to get to Melenara beach

There are two main ways of getting to Melenara:

The climate in Melenara is very pleasant and mild, with average temperatures ranging from 17.9ºC in January to 24.6ºC in August, with almost three thousand hours of sunshine per year and less than 5 days of rain per month in winter.

Where to eat in Melenara

The restaurants specializing in fresh fish and seafood that you can find along the avenue and the coastal surroundings are another of the great attractions of Melenara beach. Some of the most famous are Venecia or La Rubia, among others.

Enjoying fresh fish of the day, such as wreckfish, grouper, fula de altura or corvina fillet accompanied by blanched gofio is the icing on the cake for those who want to feel like a king of the Atlantic, at least for a day.

In short, Melenara beach is proud to be a place of relaxed people, calm waters and a peaceful atmosphere with fine sand of volcanic origin, where the sun never misses its opportunity to shine its light on a scene of happy stories. 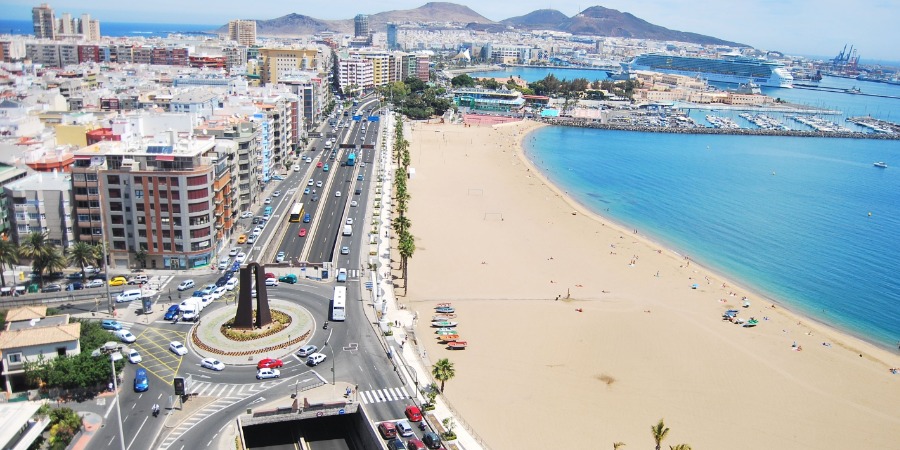 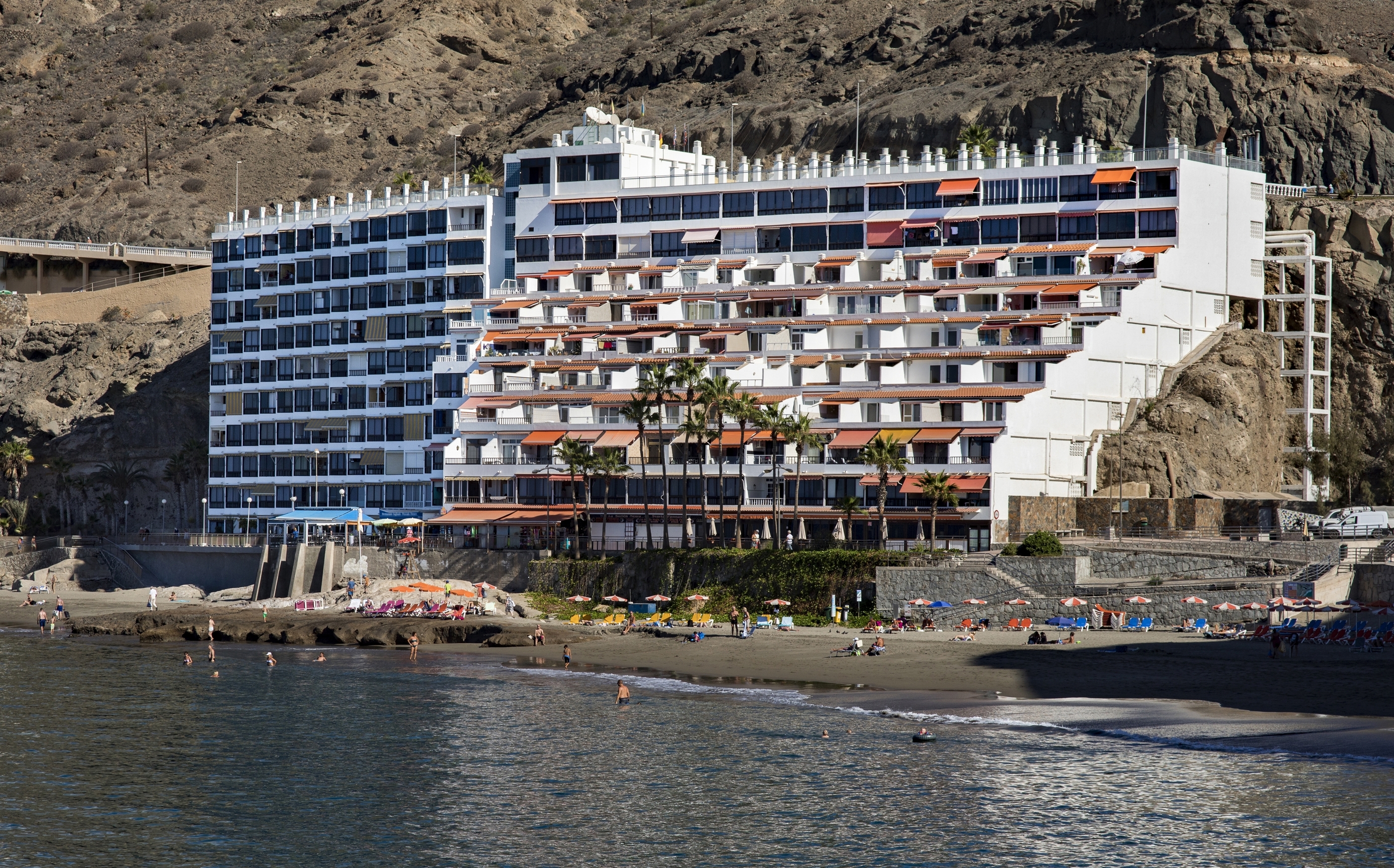 Patalavaca Beach: pure relaxation in the south of Gran Canaria

Get to know one of the most welcoming beaches in southern Gran Canaria. 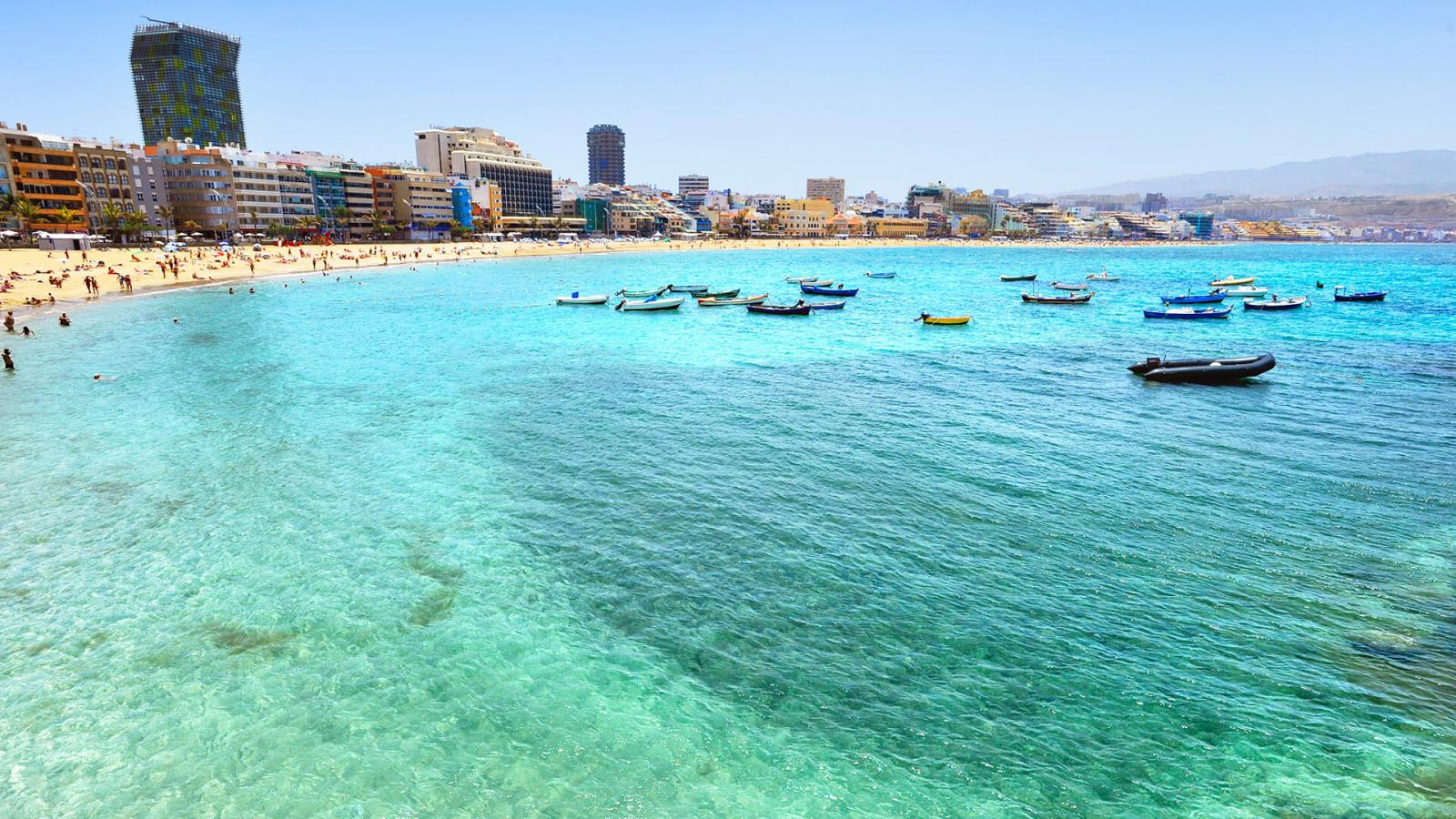 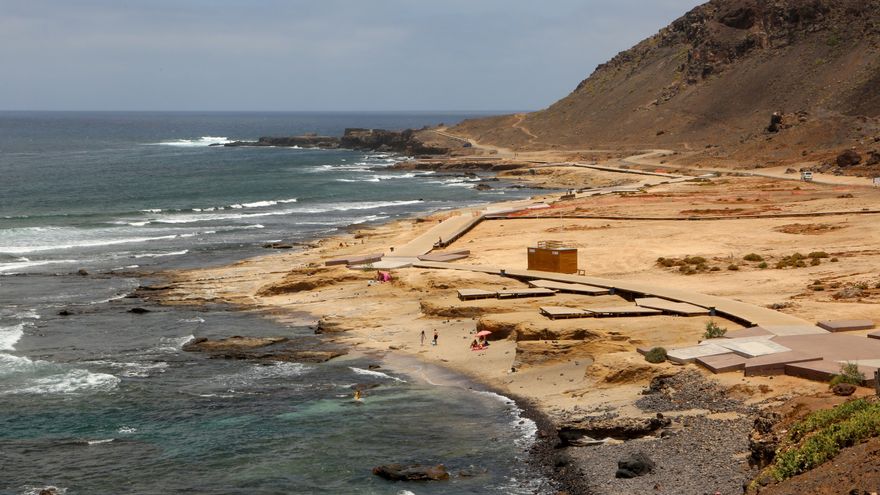 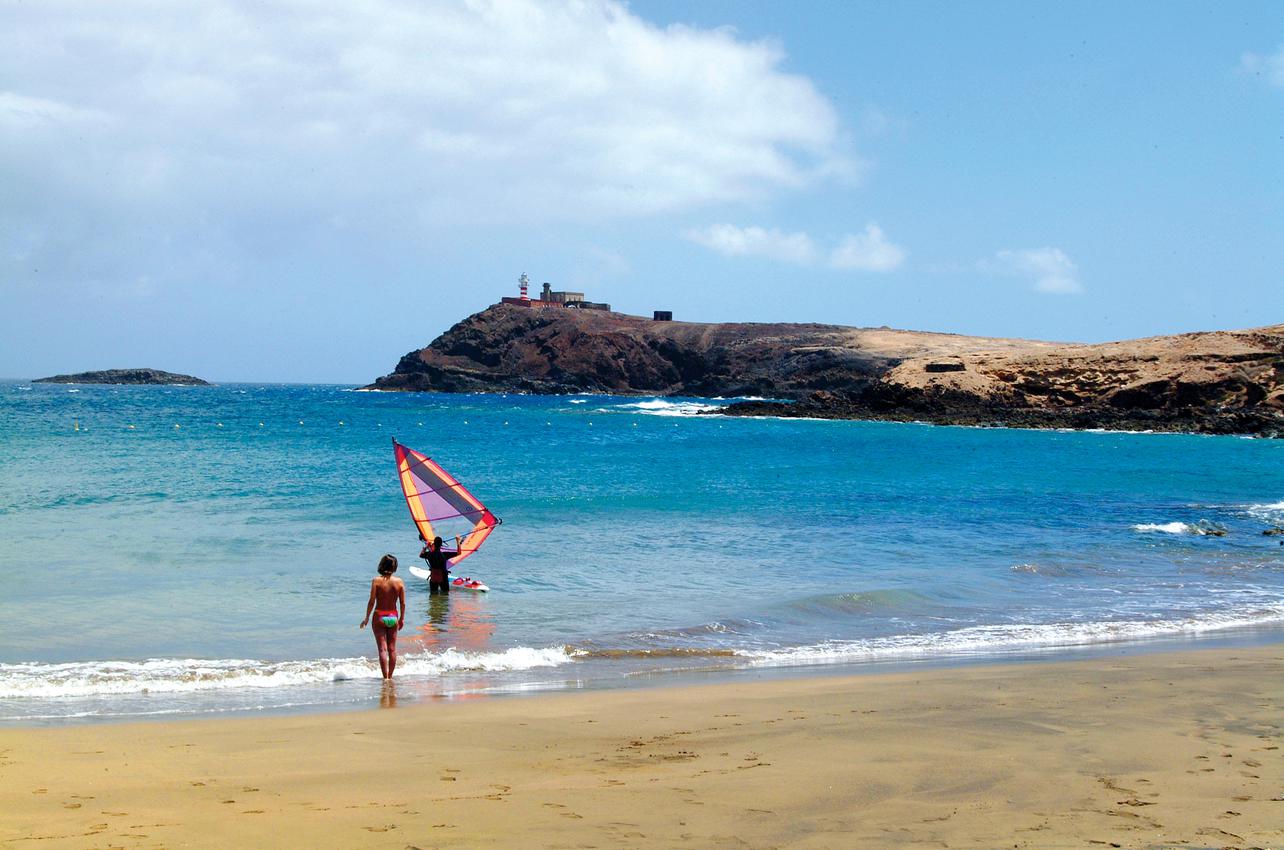 Get to know one of the wildest beaches on the island.

Get to know one of the lesser-known corners of the island's northern coast. 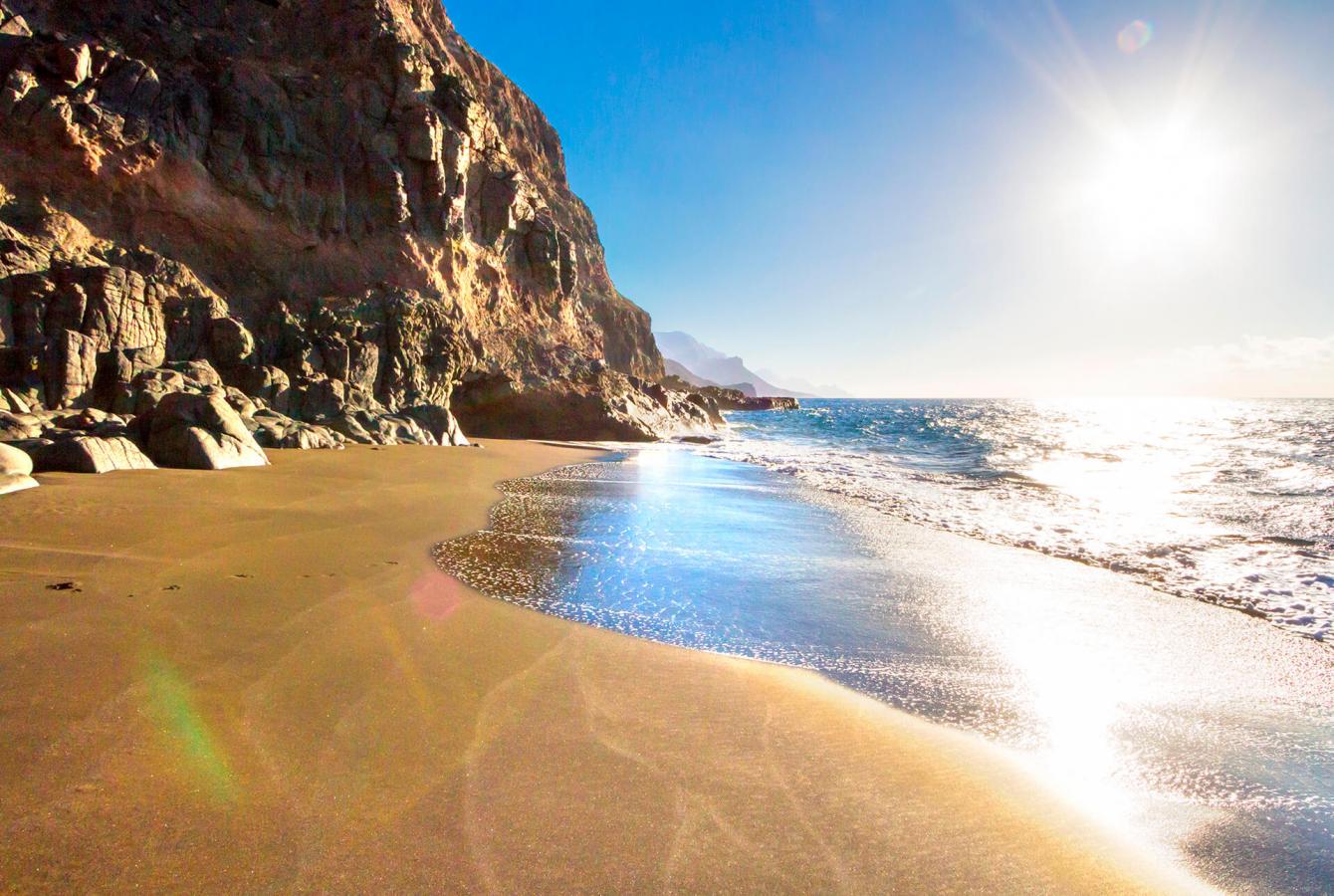 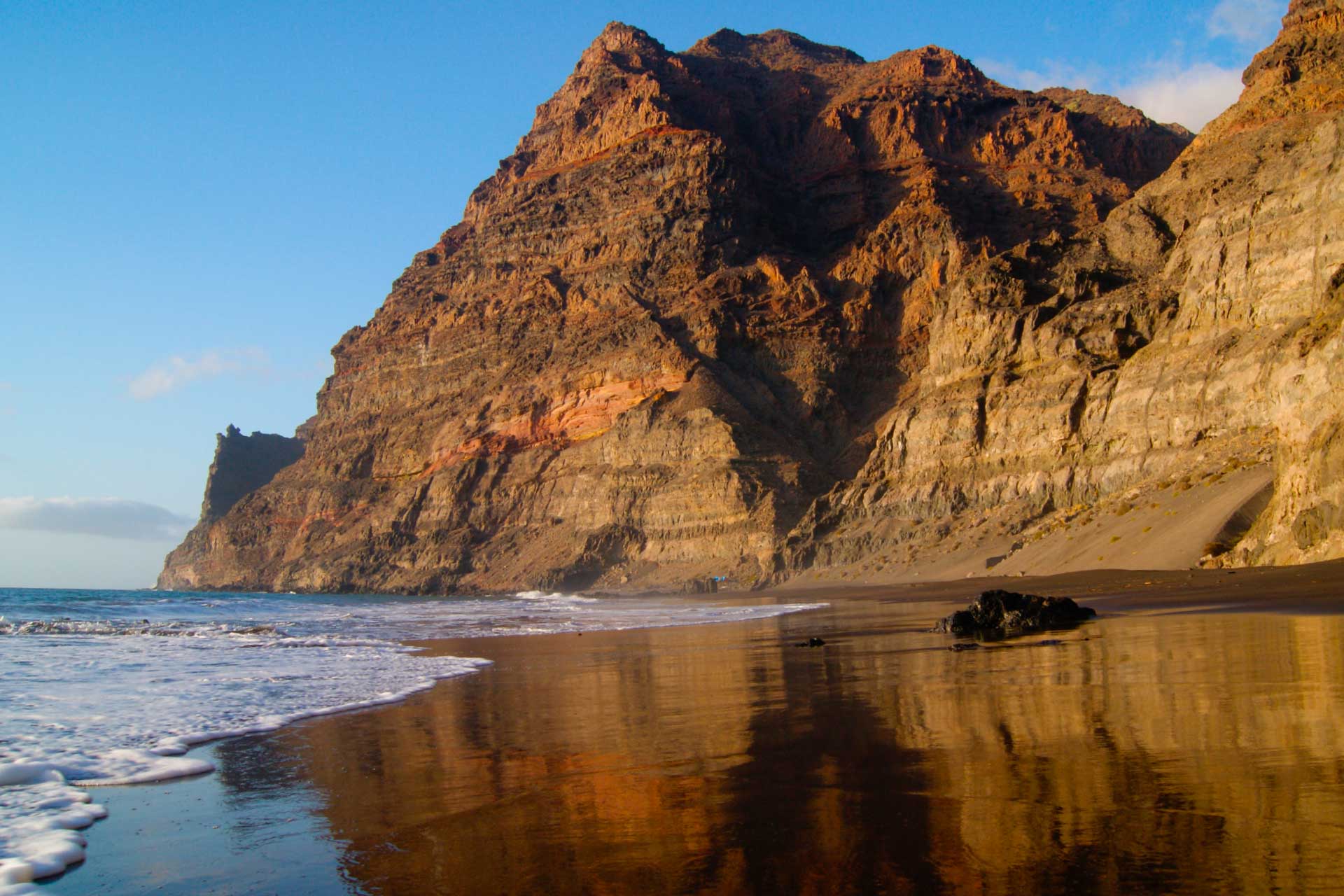